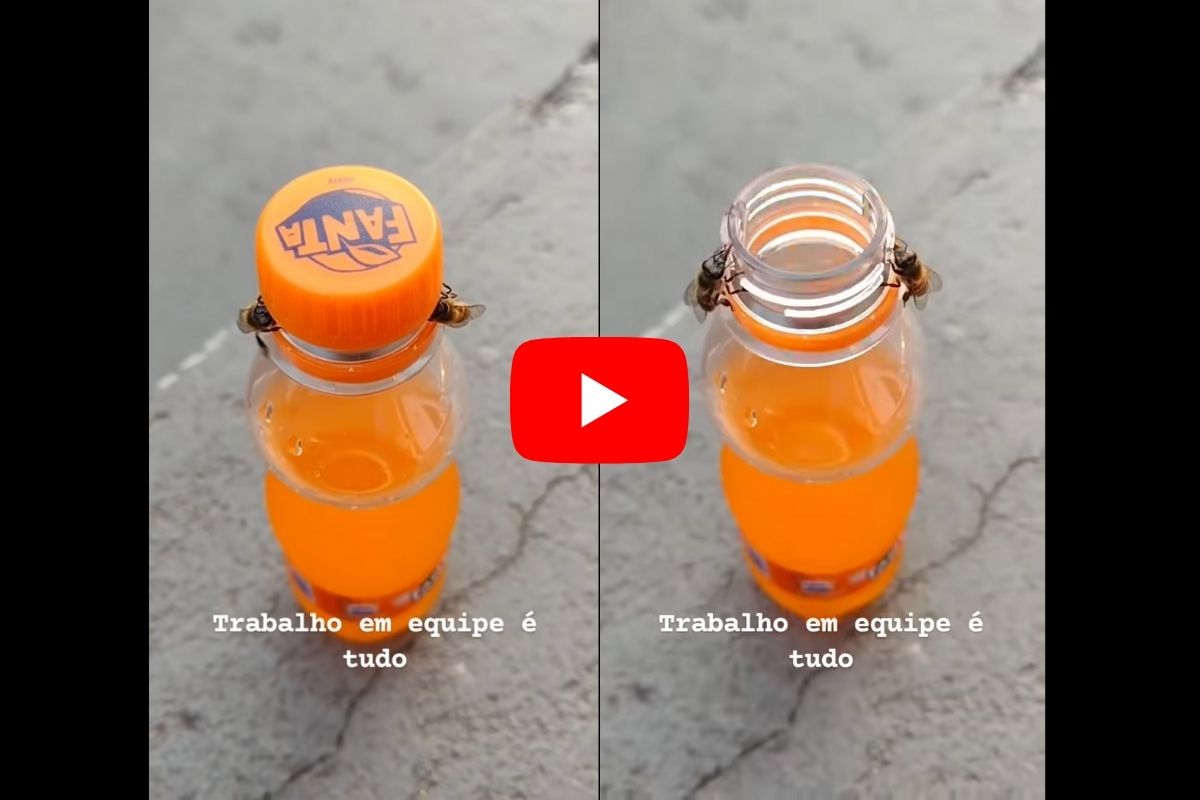 It’s no wonder this viral video is making quite a buzz on social media. In São Paulo, Brazil, two honey bees were caught working in unison to open up a bottle of Fanta… and they did it! The video, distributed on May 17 by Viral Hog, was instantly trending and has captivated worldwide viewers who wonder just what else bees might be capable of…

During the long and arduous Coronavirus lockdown, there were several moments when it looked like maybe humans have had their run. So what reign might come next, a planet of the apes? Of Aliens?! Well, maybe bumblebees.

When one woman in Brazil began her lunch break looking forward to a fizzy drink, what she found instead was a level of coordinated dance of insect cooperation that was stunning — and a little creepy. Working together, two bees removed the cap off of an orange soda bottle. To accomplish this, the bees work on the opposite side of the bottle cap, not only lifting it but twisting it too, until the plastic is fully loosened. Teamwork!

In the video, you can hear the filmmaker speaking in Portuguese, narrating the near-miraculous moment. Translated, she says: “The bees teamed up to steal my soda… And they will do it. Look, so smooth… Darn it!?

This sticky collaboration looks like something straight out of A Bug’s Life. Or Antz. We know that bees can carry 71 times their own body weight, so the impressive lift seen here is plausible. But how did they know how caps work?! The world is wondering.

Responding to the Viral Hog video, the conversation on Twitter has mostly centered around the idea that the bees are onto something larger. Like, say, world domination. So as internet netizens offering their own comical take on a species takedown, check out some of the funniest tweets below.

Years from now, when bees are running the world, this will be one of those anthropologic videos shown to young bees in school about a key moment in the evolution of their species – like when humans first used crude tools https://t.co/OShXOBRxwy

Is this the real life?! Is this just Fanta bee?! https://t.co/n9X9cmWaNA