When Bernie Sanders Interviewed Goth Punks at the Mall 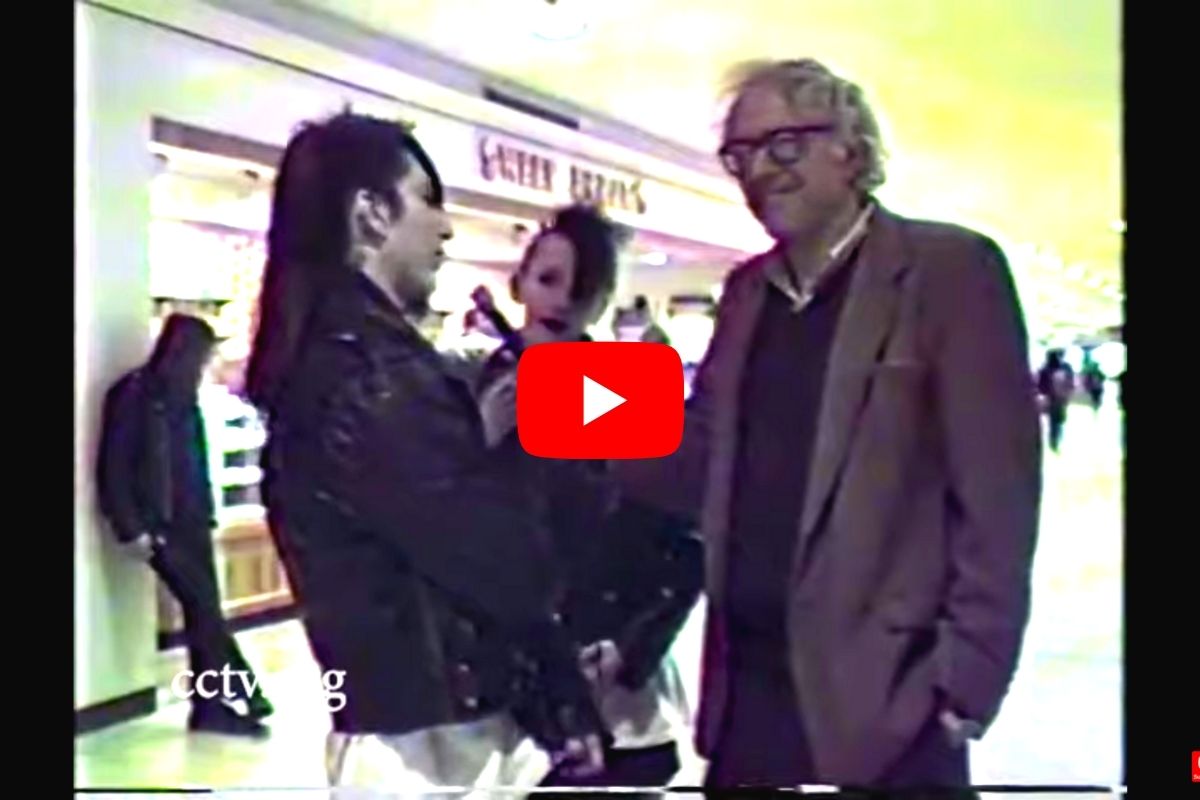 Long before Bernie Sanders became a Democratic presidential candidate, a viral social media meme, and arguably the beating conscience of America’s left-wing, he was the passionate mayor of Burlington, Vermont. And while he was mayor, Sanders actually ran a cable access TV show aptly titled Bernie Speaks with the Community. As you might imagine, the bumbling program tries to be serious — but produced with more than a little indie flair, the hilarious result is oh-so-1980’s.

Bernie Sanders was raised in the Flatbush neighborhood of Brooklyn, New York before attending the University of Chicago in 1960. It was there that he became heavily involved with a local chapter of the Socialist Party and the burgeoning civil rights movement. After school, Sanders settled in the state of Vermont, freelance writing and working on a documentary about his socialist role model, the six-time presidential candidate Eugene Debs.

In Vermont, Sanders became part of an outlying political group called the Liberty Union, which opposed the Vietnam war and promoted industrial nationalization on a large scale. It was then that Sanders, with increasing charisma, began to champion his famous talking points: wealth inequality and those pesky millionaires and billionaires. Throughout five failed gubernatorial campaigns, Sanders’ following grew. So in 1981, the independent decided to run for mayor of Burlington, the state’s biggest city.

And he won. By ten votes. Sanders beat out Burlington’s ten-year incumbent through campaigning to the working-class specifically and mobilizing those living in housing projects to vote. It was a major upset. Facing fierce opposition from both Democrats and Republicans, Sanders’ various appointees were rejected by the Board of Aldermen (essentially a city council) from entering the government. So in response, Sanders spent his first term as mayor working to double voter turnout in order to unseat the powerful, stonewalling board. He succeeded, and the rest is political history.

Sanders served as the mayor of Burlington from 1981 to 1989, before becoming a Vermont House Rep and then, finally, the fiery senator we know him as today. And luckily, his time as the people’s mayor has been immortalized through an unusual project: a quirky cable access show with an on-the-street approach to local issues.

Watch old videos from Bernie Speaks with the Community — available in entirety from the CCTV Center for Media & Democracy — and you can see the politicians messaging has never changed. He was always b*tching about health care and insisting that corporations pay their fair share. His white hair was always frazzled. But, most notably, he was always interested and driven by his everyday constituents. Even two mohawked, leather-clad mall rats.

The Bern Meets the Mall Punks

At the Burlington Square Mall in 1988, Mayor Sanders ran into two hardcore college students and invited them to chat on-air. And when we say hardcore, we’re talking Hot Topic poster child stuff: black lipstick, thick black eyeliner, piercings, bomber jackets… Sanders, microphone in hand, questions them about the style choice with no judgment or hesitation in his voice. He’s curious and allows both young people to speak for themselves.

The girl, named Michelle Perry, quickly identifies herself as a punk rock misfit, explaining that her image presents an attitude of “To heck with society, to heck with law and order…” “You’re saying to the mayor, ‘to heck with law and order?’ ” Sanders quips back in his classic Brooklyn accent. As Perry struggles to name exactly what she dislikes about society, Sanders helps her out. He wants to know exactly how she should like to see ‘society’ change. And as Perry enumerates the monotony of suburban living, Sanders — no-nonsense as ever — respects her view.

Then her friend Mike Blair offers his own assessment. “People wear black because they’re not feeling too good about what’s going on around them,” he says thoughtfully. “People say that a democracy is so truly free but the way we’re living in this democracy isn’t a true democracy. Everybody’s always complaining about depression and such but that’s gonna happen in a democracy. It’s natural. Because if you have a democracy, there’s going to be capitalists.” For his part, Blair sounds like a budding socialist as he connects the code of goth dress back to the failure of the state. From the looks of this stiff interview though, these young misanthropes had no idea their own mayor was already challenging entrenched power dynamics within their very town.

Years later, these now-famous mall punks caught up with Town Meeting TV for an update on their lives since chatting with Sanders in 1988. Blair, now a grown-up rocker, wears full dreads, a septum ring, and a Bernie tee as he happily recalls that fateful trip to the mall. Perry also stuck with the look, it seems, appearing via Skype with a hot pink choppy haircut. At the time of the interview, in 2020, Blair was volunteering for the Bernie campaign and is as down-for-the-cause as ever. Watch Blair and Perry discuss the movement, in full, here in a fun update interview.

This hilarious 2019 clip from The Daily Show offers a deeper look at more awesome moments from Bernie Speaks with the Community.