This gloriously satisfying video was uploaded to the entertainment hay YouTube channel. It features an example of instant karma that is so perfect, it has to be seen to be believed.

We see some sort of confrontation occurring on the opposite side of the road from the camera. At first, it’s not clear what’s happening, but then we see someone forcefully grab a bicycle from someone else.

The bike thief begins to cycle away and starts picking up speed just as he’s crossing the street, but then, SMASH! He gets hit by a truck.

It’s too shocking to be funny, exactly, but it’s definitely satisfying. 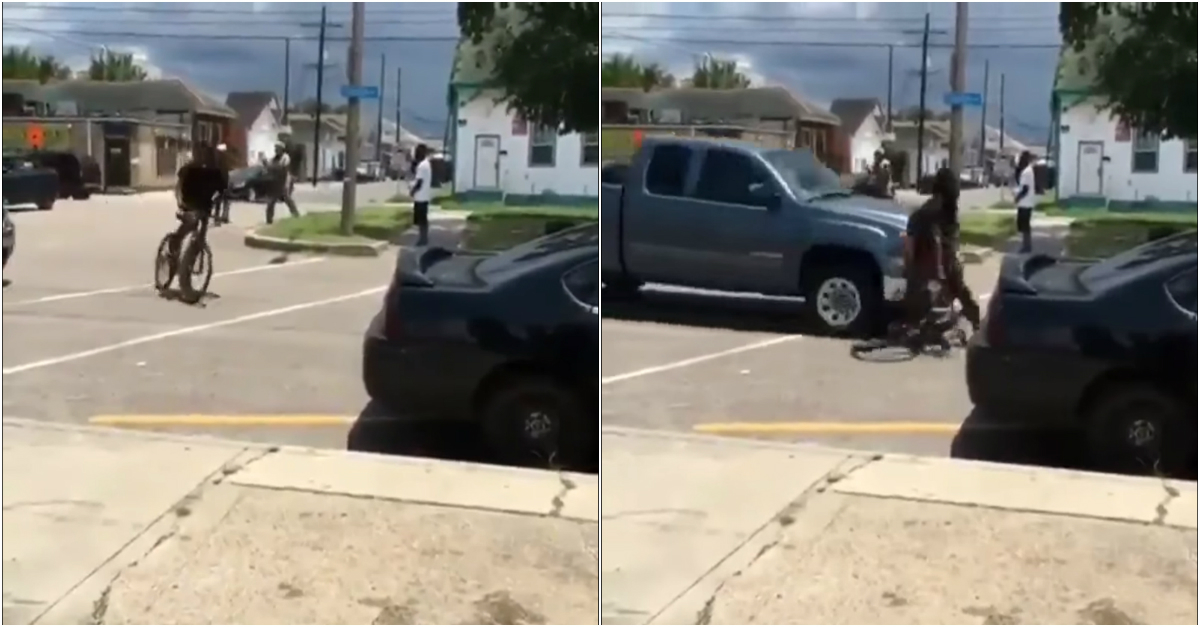