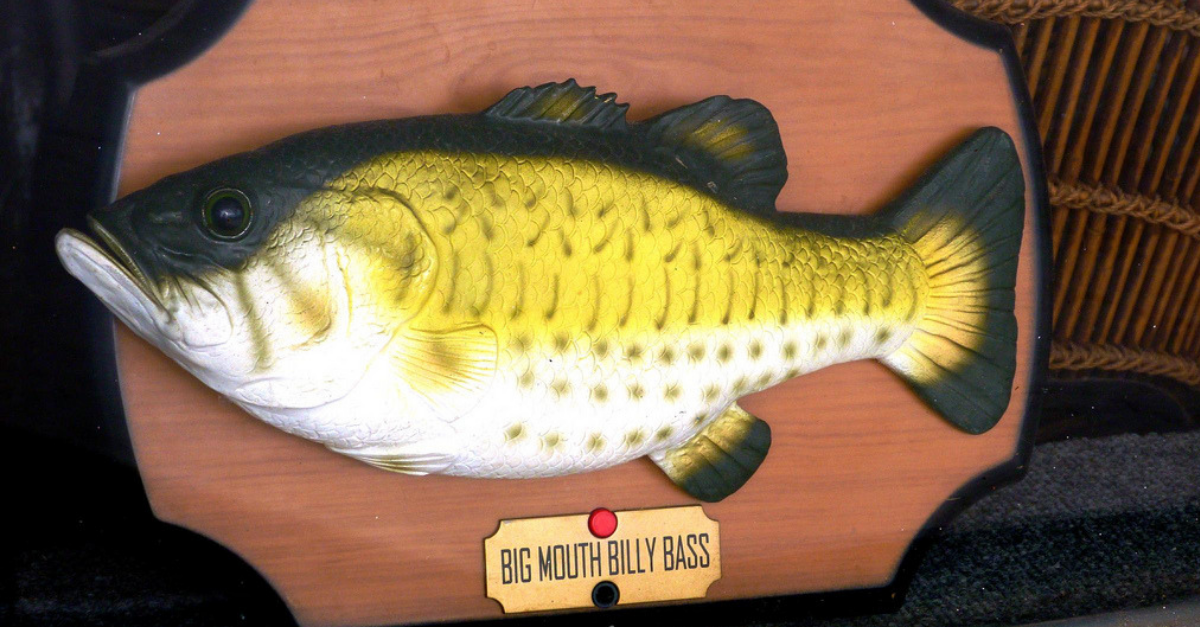 In the greatest redneck innovation since either sleeveless male formal wear or the jet ski motorcycle, there is now an Amazon Alexa enabled Big Mouth Billy Bass. You know, that fake mounted singing fish that magically sang a random country song called Take Me to the River/pissed everyone else in the room off when you pushed its button? Now it’s an Amazon Echo equipped with Alexa.

The famously 90s talking fish can play music, tell you the time, tell you the weather, answer Alexa voice commands, play Amazon music, spit out random facts about pop culture, and a ton of other things fish were never meant to do. And it lip-syncs its answers. It’s weird, but also awesome. If you have anyone in your family who’s ever gotten into a fistfight in the parking lot of a Lowe’s, this bad boy has their name written all over it.

All you have to do is connect this legendary trailer park gag gift with Bluetooth to your Amazon Echo device (it can be anything from an Echo Dot to a full tower Echo) and boom, Amazon’s Alexa is coming out of a fish and your smart home is just a little bit dumber.

It should be noted that you need some sort of Amazon Echo device in order to make this work. You can get one of those here.

So forget the Robert E. Lee sausage sculpture, the anti-raccoon spray, and the El Camino Christmas ornament. Do you want to make that family member who voted for Trump solely because of the homosexual takeover of the cake industry? Then you get them this talking fish that connects to an Amazon Echo, so they can hear what’s going on from the last reliable source in America: A Big Mouth Billy Bass.

This article was originally published on November 28, 2018.

Watch: 7 CREEPY FISH FROM THE DEPTHS OF THE OCEAN