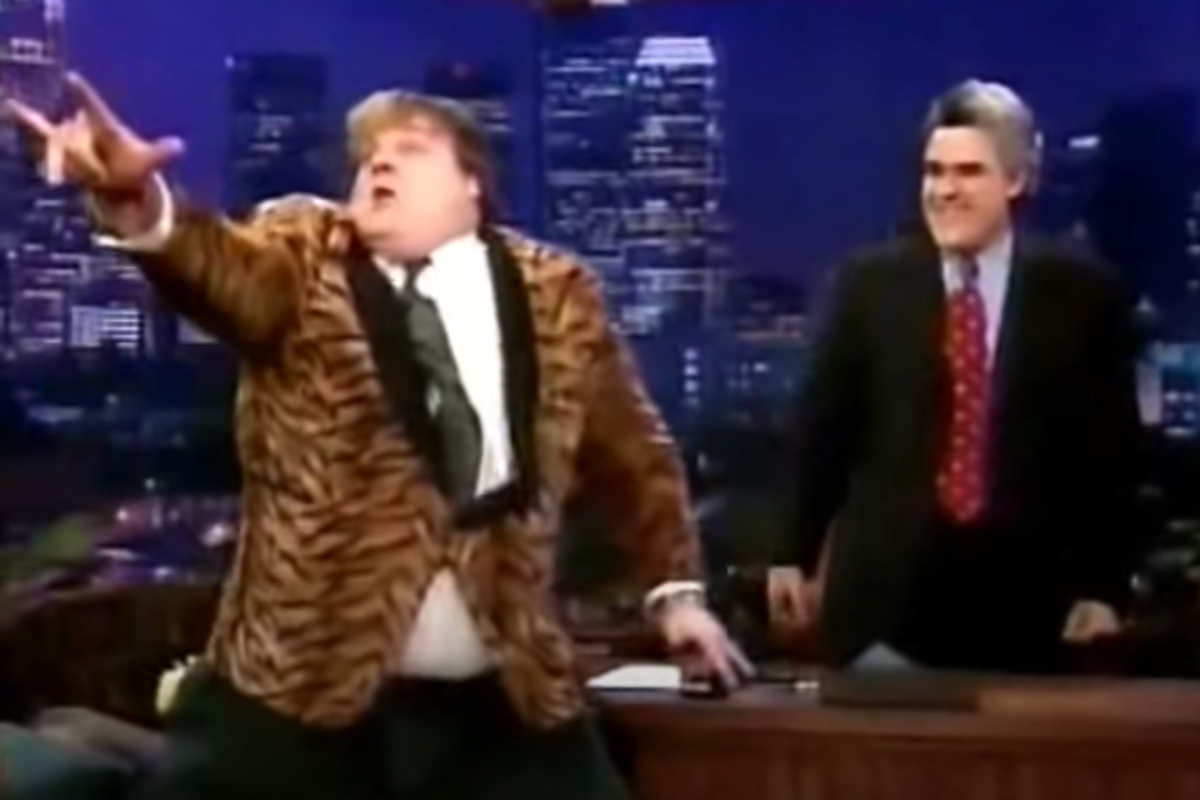 Comedian Chris Farley was a boisterous, unforgettable funny man everyone loved. Whether he was giving pep talks as motivational speaker Matt Foley on SNL or exploding off the screen in films like Tommy Boy and Beverly Hills Ninja, he left audiences doubled over with laughter and an indelible print on Hollywood.

Comedy fans the world over mourned Farley’s untimely death from a drug overdose in 1997. His January 1997 appearance on NBC’s The Tonight Show with Jay Leno, nearly a year before he passed away, was his final late night talk show appearance, and it was everything we’ve come to expect from a Farley performance.

The Saturday Night Live superstar brought a ton of family members with him to The Tonight Show and was clearly showing off for everyone in the audience, as he always did. Because whether it was privately singing “Fat Guy in a Little Coat” to David Spade in the SNL office he shared with Spade, Chris Rock, and Adam Sandler, or in front of millions of people, Farley always had to make you laugh.

In the clip, Farley talks about his 1996 Christmas (the show took place in January of 1997) and what it was like growing up in Wisconsin. (Spoiler: He’s a Green Bay Packers fan.) The reason the video is so long is because Farley takes so long to explain anything due to his exasperation and inability to breathe! He got so into his stories that he couldn’t even finish sentences.

Farley wouldn’t be seen too much more after his death that year. He hosted Saturday Night Live one final time in 1997, but his final TV show appearance was on Nickelodeon’s kid version of SNL, All That.

Farley would have a posthumous film released called Almost Heroes. He was also set to play Shrek in the film of the same name but was replaced by fellow SNL alum Mike Myers after his death. Unfortunately, all we’re left with now are clips like these, but thankfully we had Farley as long as we did.

This story was originally published January 22, 2016.