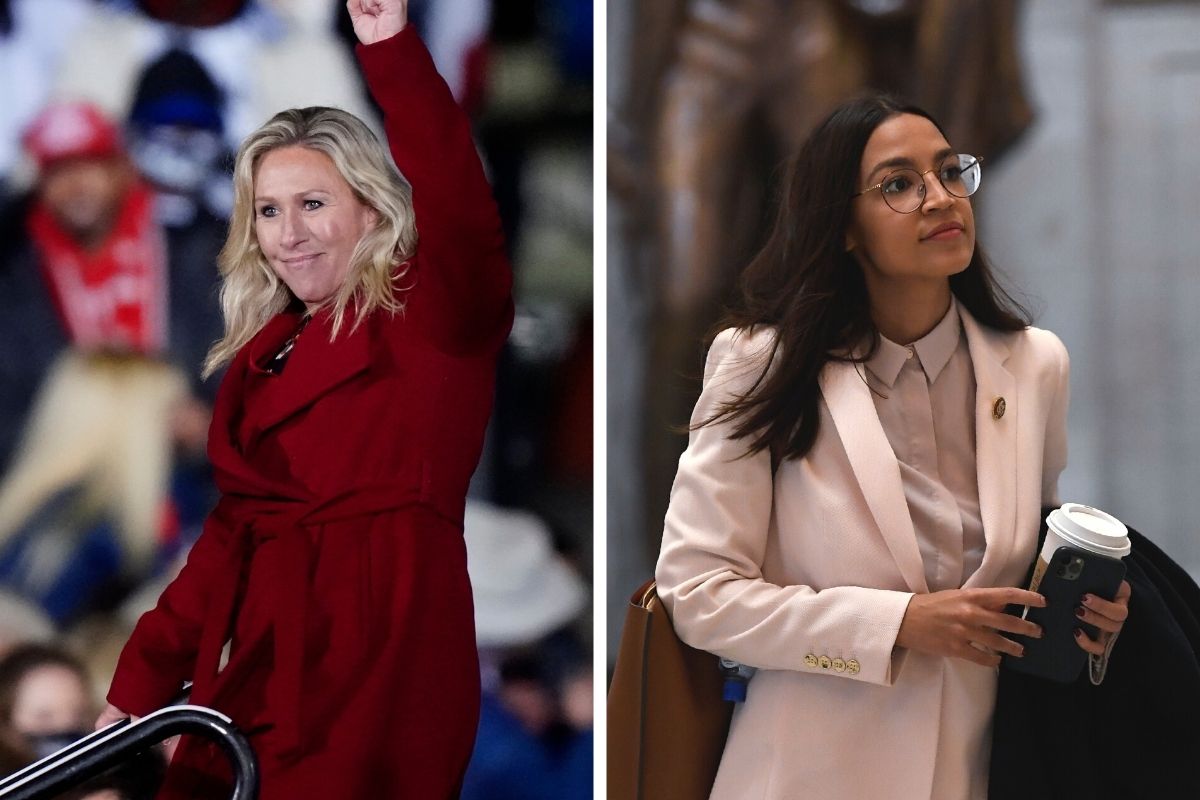 Republican Rep. Marjorie Taylor Greene verbally confronted Democratic Rep. Alexandria Ocasio-Cortez outside of the House Chamber on Wednesday afternoon. The confrontation is the latest of several that Greene has had with Democratic colleagues. AOC left the House Chambers late on Wednesday afternoon ahead of Greene, but she quickly shouted “Hey Alexandria” twice in order to get her attention. When she caught up to Ocasio-Cortez, Greene began shouting at her and asking her why she supports Antifa, which is a far-left activist group, and Black Lives Matter, falsely labeling them both as terrorist groups.

Greene continued to shout at AOC, saying that she was failing to defend her radical-socialist believes by declining to publicly debate her. Turning the other cheek, Ocasio-Cortez didn’t respond to Greene, only turned around once, and threw her hands in the air.

After the confrontation, Greene, who had a strong connection with former President Donald Trump, told reporters that, “She’s a chicken. She doesn’t want to debate. I don’t think the debate has been agreed to yet.” CNN was able to obtain clips of the incident confirming portions of the language that Greene used thanks to the Capitol Hill press pool. House Speaker Nancy Pelosi also confirmed the incident during her weekly news conference, suggesting it might be for the house Ethics Committee to investigate. She called the incident “verbal assault” and “abuse,” saying Greene’s behavior “egregious.”

She stated, “It was reported to our office what happened as members were leaving the floors yesterday, the verbal assault and abuse of our colleague, congresswoman AOC. It’s so beyond the pale of anything that is in keeping with bringing honor to the House or not bringing dishonor to the House. It’s so beyond the pale that you wonder, it probably is a matter for the Ethics Committee. But that’s up to someone. I’ve always kept the leadership offices separate from any motions to take anything to Ethics.”

AOC: There Are ‘Legitimate White Supremacist Sympathizers’ At Core Of House GOP

Greene also tweeted about the unnecessary encounter, saying, “Just talked to @AOC again. You chickened out bc you are too scared to debate me about your Socialist Green New Deal. You are also a hate-America terrorist sympathizer. #JihadSquad Members of Congress do NOT support terrorism & shouldn’t be afraid to debate their legislation.” This isn’t the first time Greene is facing backlash. A few months ago, social media began to boycott her when she posted it anti-transgender sign outside of her office directly across the hall from Illinois Rep. Marie Newman, whose daughter is transgender.