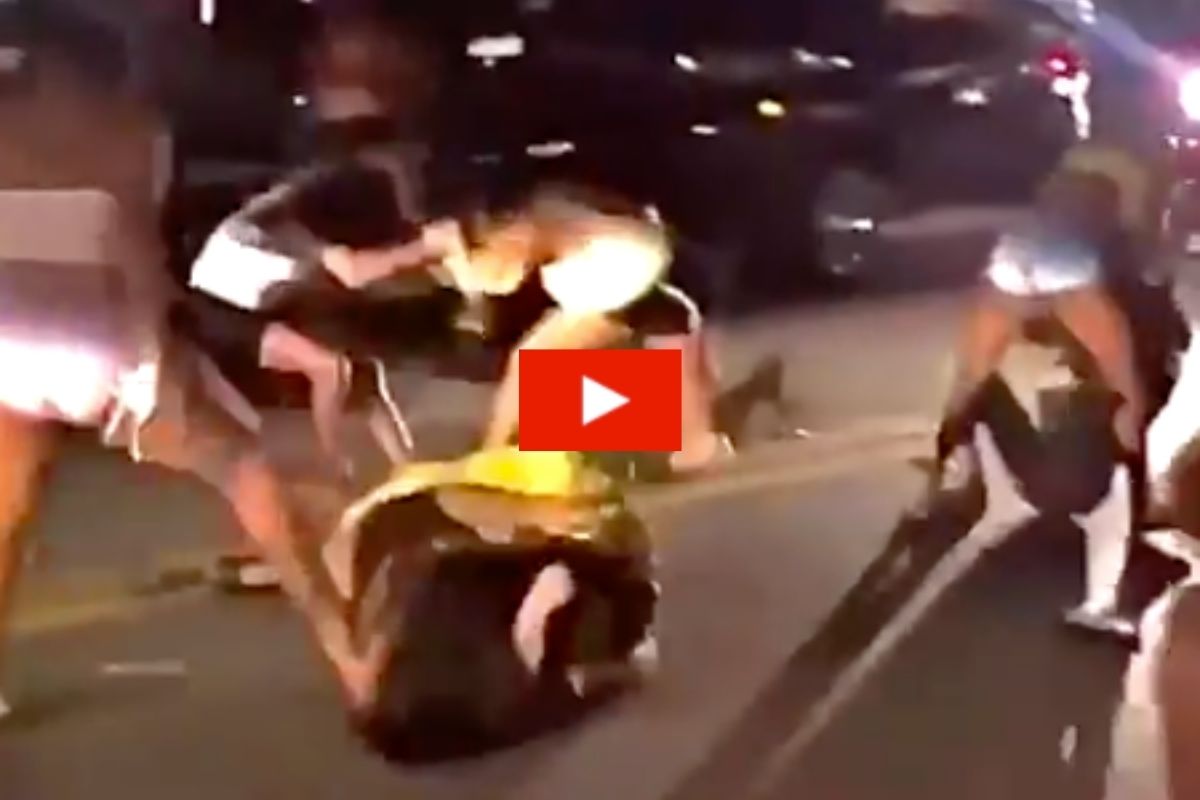 The Miami Beach Police are getting definitely getting a run for their money as they’ve been dealing with what seems like an explosion of the worst spring break crowds ever. It’s as if complete anarchy has been unleashed and Miami, Florida, has become the focal point of a lawless dystopia.

The city that is known for drawing in more than just spring breakers to South Beach and Ocean Drive, has been completely overrun as police officers have to deal with people breaking the city-wide curfews, riots, and people just doing weird things. Take this guy, for example, who went around the beach dressed as the “Grim Reaper” to “condemn spring breakers.” At least, he was on law enforcement’s side.

Florida "Grim Reaper" condemns spring breakers: "Is it really worth it?" https://t.co/QTpooc6h0M

If you type in “Miami Beach” into any social media site (I took a gander on Twitter), you’ll cringe at how many recent videos pop up of people partying as if the world was going to end, despite the coronavirus pandemic still very much lingering around. Although people are getting the COVID-19 vaccine, beach parties are seemingly not being regulated in any way to follow any sort of social distancing rules, and you already know none of these people are wearing masks.

SPRING BREAK IN MIAMI: The City of Miami Beach declared a State of Emergency over the weekend and enforced a curfew after thousands of people took over the city for Spring Break. pic.twitter.com/lLtT7aC1Qm

It’s gotten so bad that Florida Governor Ron Desantis called it an “oasis of freedom,” while the City of Miami Bach declared a State of Emergency to enforce the city-wide curfew that people are obviously not following. But if I’m totally honest, the most entertaining video that I happened to stumble upon was this massive street fight between a bunch of girls. And yes, I said bunch- meaning more than just a brawl between two people.

Massive Brawl Erupts on Miami Beach Between Many Girls

No one really knows the story of how this happened, just that the brawl unfolded in Miami, Florida. Which isn’t all that surprising. Even when the world is finally safe again, I’m not sure I’ll ever be ready to handle a vacation down there.