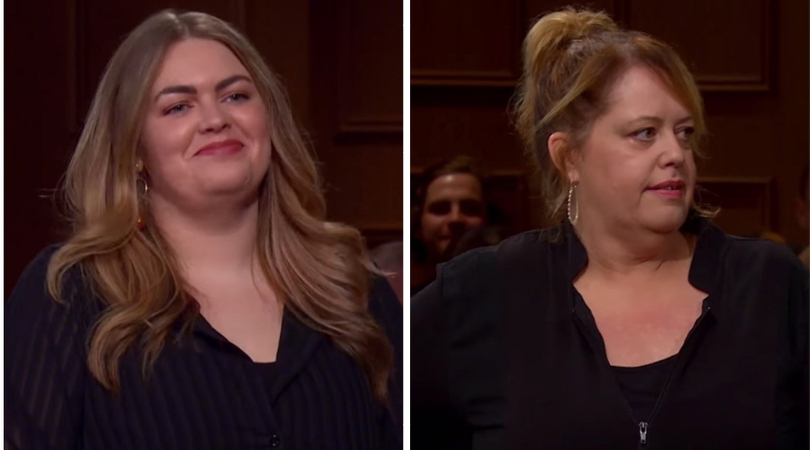 Talk about a real family crisis. A mother sues her daughter in court, better yet TV court, for having sex on her bed and breaking it. According to Australian mom Nicole, as the opening first case, she and her partner were away for the week. And Rhiannon is the name of the daughter Nicole had house-sitting for them. The mom told her daughter to take the spare room, which has a nice queen size bed in it. But when she got back it was clear that Rhiannon had taken the master bedroom instead.

How? Well, the mom said when she returned, the house was a total mess and when she went upstairs to her bedroom found that her own bed was broken. The mom stated, ?I felt very violated by the fact that you broke it, and didn’t actually care that she broke it.?

The mother confessed all this on an Australian TV show called Trial by Kyle, Kyle Sandilands’s own show, which is similar to Judge Judy here in the United States. She demanded her Rhiannon pay $2,099 for a replacement bed, which kind of seems a little bit over-the-top, but hey it’s a TV show. That’s fine with me, I guess.

Apparently, the situation got so bad at home with a daughter not wanting to pay her back, that they barely talk to one another now. Nicole stated that she was getting married in 9 weeks and her daughter is supposed to be her bridesmaid, but their future relationship is strained because of her lack of responsibility.

As expected, Rhiannon was not shy about her, let’s call it intense passion, in which she snapped the wooden slats of her mother’s bed. When Judge Kyle Sandilands asked why she didn’t just sleep in the other nice queen size bed, she responded that her other friends were in the spare room, and insisted she shouldn’t pay the “communal” broken sex bed. He responded with criticism of her taste saying, ?On Mum?s bed? Darl, that?s the least romantic place I could imagine being with someone.”

Mom takes daughter to court for breaking her bed during sex https://t.co/PC1XkZplaT pic.twitter.com/vylCFRcRCM

How did this whole situation end up you ask? Well, Judge Kyle Sandilands ruled in Nicole’s favour and ordered the daughter to pay for the bed because she did break it. And I may not be a legal expert, but I guess you can say it is a bit of a violation.

I don’t know, this to me just seems dumb. Whether it did happen in real life or not, I guess the audience got a few laughs out of it. But if I was that daughter, I wouldn’t sleep in my mom’s bed let alone have sex in it. My mom would probably serve me court papers too if she found out I did. That’s just gross. But hey, that’s not my life.

Editor’s note: This article was originally published on October 25, 2019.