I’m sure we can all agree when I say that to live to 100 would be an honor. Heck, a miracle! I mean, you’ve been on earth for 100 years! That in itself is INSANE. Which is why this grandmother wanted to celebrate it to the fullest. How did she celebrate? By going to jail. Yup, jail.

Basically, Ruth Bryant wanted to cross an item off her bucket list, and that involved getting arrested and heading to prison on her 100th birthday. You know, because she wanted to cross one more life experience off that magical list. So, that’s exactly what she did. Deputies heard about her strange wish, and quickly marched into Cambridge Hills Assisted Living Center, asking the grandmother, “Are you Miss Bryant?”

To which the North Carolina woman responded, “It all depends on what you want! Depends on what I want? I want you,” a deputy joked back. The sass, the boldness, the epicness! I want to be this woman. As far as what her charges were, authorities stated she was charged for indecent exposure at a fire department. LOL. Grandma gone wild indeed. If you’re gonna get arrested at this age, you make sure it’s because you did something epic.

So, although she has never been arrested, she played her part and even attempted to jokingly “resist” arrest by lightly kicking her foot as she got into the front seat of the patrol car. As she was being arrested, she was heard saying, “Don’t kick me, I got a bad knee. I got two bad knees.” She was then quickly put in handcuffs and was driven to Person County Jail. Then, the whole nine yards happened.

The 100-year-old Roxboro woman was given one free phone call, a mug shot, was put in a jail cell, and was given an orange shirt to top it off. Bryant’s daughter Marian Oakley said she was surprised at the extent of this whole situation, especially as her mom was being driven to jail. Oakley stated, “I know she’s 100, but I didn’t know they’d be going this far.” But no, that wasn’t a worry for Bryant, who was a delight that she was being arrested at 100 years old. In fact, she was so delighted that she even began to sing “I’m in the jailhouse now,” while dancing with her walker.

And in case you were wondering, yes, she was recently released from jail and partook in several traditional festivities with her friends, family, and an epic birthday cake at the assisted living facility. Talk about a cool woman. What would your 100 birthday wish be?

Watch: “I Hope This is My Last”: Grandma Admits She is Done Celebrating Birthdays After Turning 94 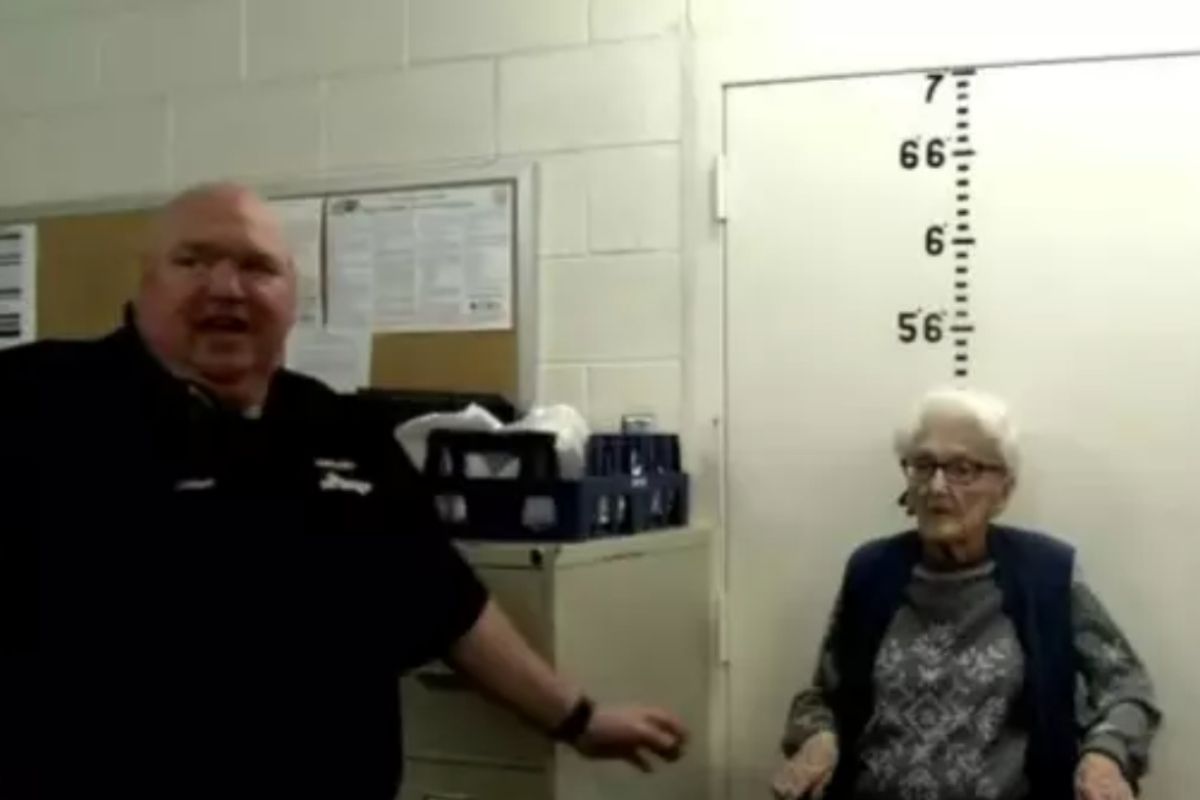