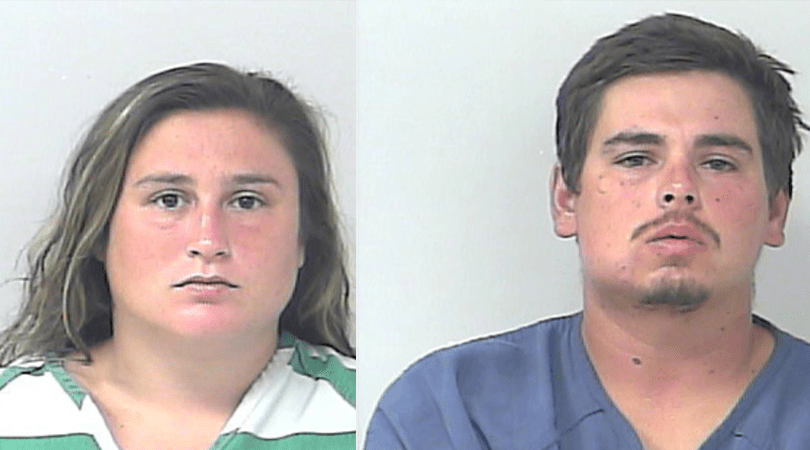 This Florida man was just trying to help his girlfriend out. Coty Lee Havens, 26, thought Chastity Bodnar, 23, drank too much, and out of his concern for her well-being, told her as much. Well… maybe that’s what happened. Considering how Chastity responded to Coty’s lifestyle critique, it might be just as likely that Coty was tired of Chastity passing out on the couch covered in Doritos and Papa John’s garlic butter sauce and then peeing herself.

Why is that generally possible? Because upon hearing that she may have a drinking problem Chastity (who was drinking at the time) became furious and responded to Coty by throwing her phone and hitting him in the throat. Then she followed him out to the garage of their Fort Pierce, Florida home, took two cans of beer, slammed them together to chug them, and proceeded to physically assault Coty.

Coty later told police that Chastity had proceeded to “Stone Cold Steve Austin my ass.” Which yes, yes she did.

Police later confirmed that there were indeed two crushed beer cans in the garage.

Eventually, Coty was able to pin Chastity down and call the police. Chastity was arrested for misdemeanor battery. She was booked into the county jail Saturday night and released Sunday morning, free again to go full rattlesnake on anyone who dared question the way she lives her life.

Coty too, however, was arrested after police arrived because for some reason he tried to fight the cops when they got there. (There’s a good chance he was also drunk.)

Here’s hoping these two can work out there differences and fulfill their joint destiny of being that couple fighting viciously in the parking lot of a Bob Evans that other families have to tell their kids not to stare at as they hurry to their own cars and get back on the highway to Disney World.

Watch: Drunk People at Oktoberfest in Germany Are Even Wilder Than You Could’ve Imagined