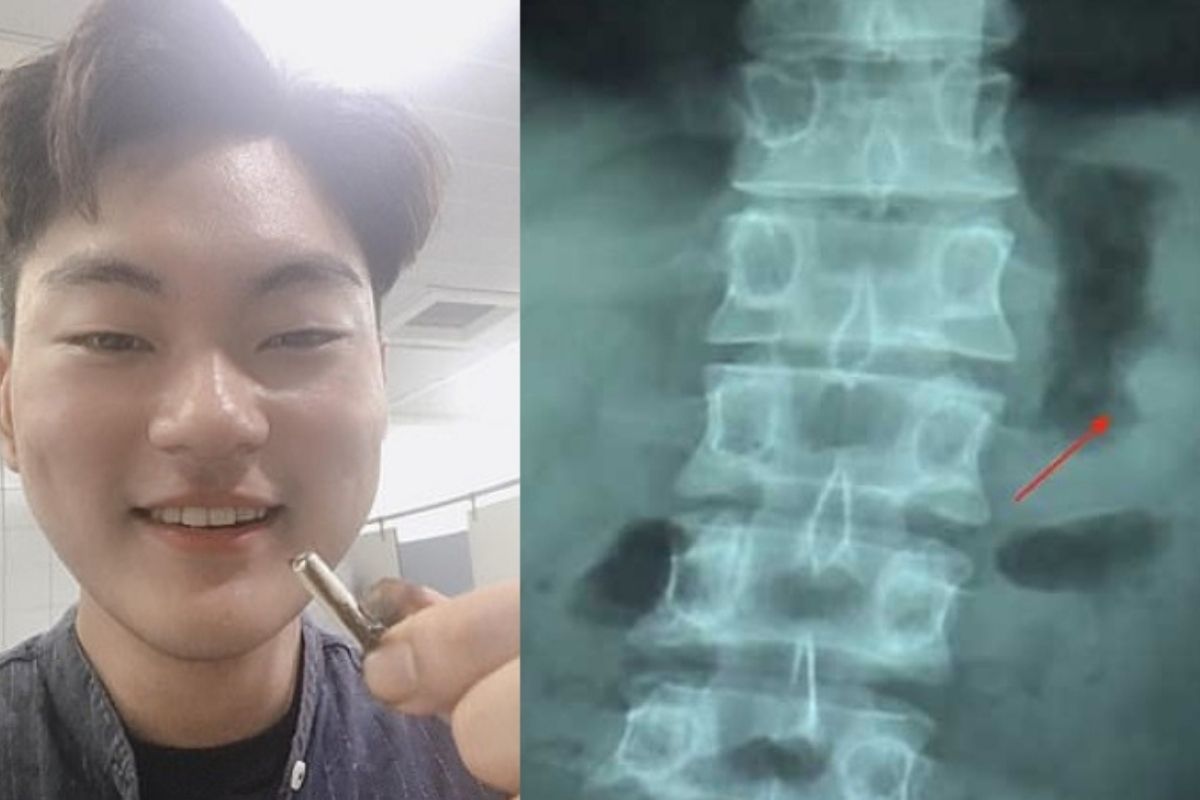 It’s crazy to think how far technology has come. Some tech products are made so well that not even dropping them down the stairs or swallowing them will stop them from working. Like in this case, where a man from Taiwan received the surprise of his life after pooping an AirPod he swallowed, only to find out it to still worked!

Ben Hsu reportedly fell asleep while wearing his Apple AirPods, as we all tend to do, and found he was missing one headphone when he woke up. So, he used the special ‘Find My iPhone’ tracking feature that lets you track all your Apple devices to try and locate it. Hsu heard the beeping sound but couldn’t figure out where it was, later realizing the sound was coming from inside his stomach. Yes! Can you imagine how freaked out this kid was? There’s was freaking headphone inside his belly just chillin’ in there.

Medics at the Kaohsiung Municipal United Hospital confirmed the AirPod was indeed inside in his stomach with an X-Ray, showing he was in the process of passing it through his digestive system. Not wanting to get surgery, they told him his best option was to go home, have a light dinner, and basically poop that pod out. Oh, and they also gave him a laxative, you know, to make things a bit easier.

So that’s exactly what he did. Hsu said he found the AirPod the next day after “passing it” naturally and was indeed, intact. For some gross reason, this man thought, “Hmm…let me pick my poop apart, clean it, and wear it again.” So that’s exactly what did, there he was cleaning a poop filled AirPod, and waited for it to dry. Surprisingly enough, not only was that sucker working, but the battery life was still at 41 percent! Hsu referred to his experience with the Apple AirPods as “magical.” Which is not what I would describe the whole situation as, but hey, to each their own.

As far as his health, a doctor who works in the hospital’s emergency room said that swallowing the wireless earbuds did not harm him, because he was not “directly exposed to the device’s battery.” Due to the plastic shell around the AirPod, the risk of harming him in a similar way to “swallowing a regular lithium-ion battery” is much much lower.

Editor’s Note: This article was originally published on May 7, 2019.