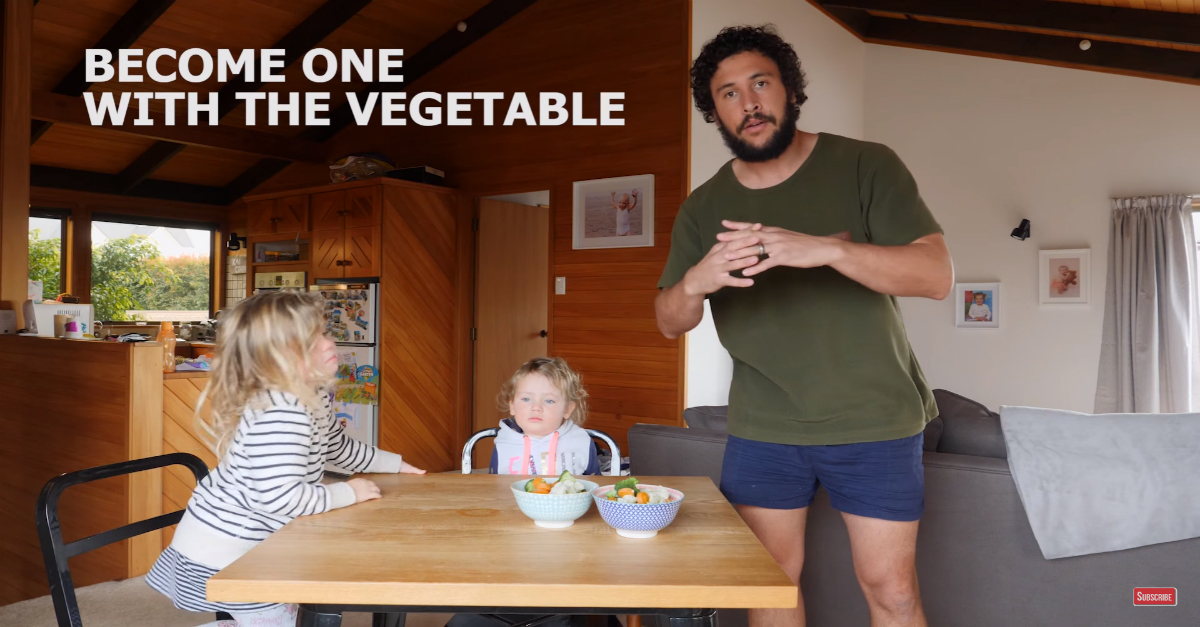 First time parents always finally see the struggles that veteran parents have talked and joked about in getting your kids to do absolutely anything. It’s even more of a challenge to get them to eat anything healthy, especially if it’s as bland looking as lentils or cauliflower. So if one of your obstacles as a first time parent is smoothly getting your kids to eat their veggies, fear no more, because “How to Dad” is here.

“How to DAD” is a YouTube channel to help out first time dads, full time dads, and really, any dads out there. It contains all the advice you’ll ever need without the hassle of sifting through a thousand, or even a million, social media pages on google. And even better, it’s just as hilarious as it is helpful. In this specific video, the New Zealand host, Jordan Watson, teaches you how to trick your children into wanting to eat their vegetables. And it doesn’t necessarily follow any cookbooks.

The video presents Jordan and his adorable Kiwi toddlers during mealtime. Jordan is hilariously explaining that in order to get your kids to eat their veggies, you should have them participate in the “cultivation process.” He demonstrates this by getting the Watson kids to help him “plant” the veggies that they’re supposedly eating, which is clearly not an accurate way of planting anything for that matter.

He concludes the video by showing the end results of his and his kids’ efforts in planting their vegetables and running around a tree to apparently encourage growth of what they had just sowed. As he sets some fresh veggies (much more this time than the first time) on his kids’ plates, it’s hilariously evident that the kids simply don’t care that they grew their own veggies. They still refuse to eat them.

So I guess the lesson here is to just, alternatively, smother the vegetables in ketchup. It’s way easier.

Editor’s note: This article was originally published on September 5, 2017.