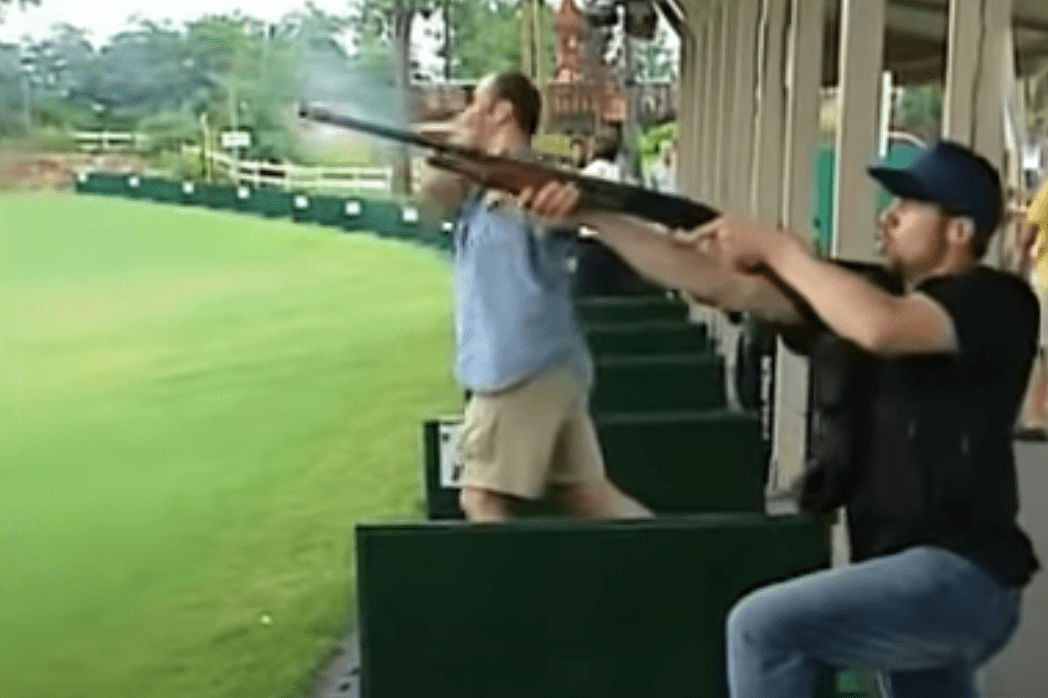 We’ve heard of a shotgun start, but this? There are some pranks that are just too perfect, and this guy bringing his gun to the driving range is one of them. It seems that he really wanted to go skeet shooting, but he either didn’t feel like buying any clay targets, or he’d gotten too good at shooting them and decided to cut down on the size of his targets.

The golfers at the driving range were pretty surprised to see the shooter, but they were all rather forgiving. Of course, there was the initial shock of the loud bang, but the gun-wielding opportunist seemed happy enough and placated his fellow sporting enthusiasts.

That said if you yourself head out to a golf driving range to pop off some buckshot at golf balls suffice it to say you have a high chance of being riddled with police bullets or being beaten to death with golf clubs by everyone at the driving range hitting balls. Leave this to whoever did this video for the YouTube channel RealGolfTalk or the TV show they pulled it from.

A Golf Course is a Great Place for Hilarious Pranks

Golf is among the stuffiest of sports so pranks pulled on golfers make for some funny videos. The golf course prank from the first Jackass movie pretty much proves that. That said, maybe avoid a few things when pranking wannabe PGA players. Don’t mess with gators, don’t bring guns to the course, and don’t try to actually get hit by golf balls. All three of those things may very well kill you.

This story was originally published March 11, 2017

Watch: Riding a Segway isn?t Easy, Just Ask All These People Who Got Filmed Falling Off Them