The ‘Strategery’ Bush vs. Gore Debate Sketch on SNL is an All-Time Classic 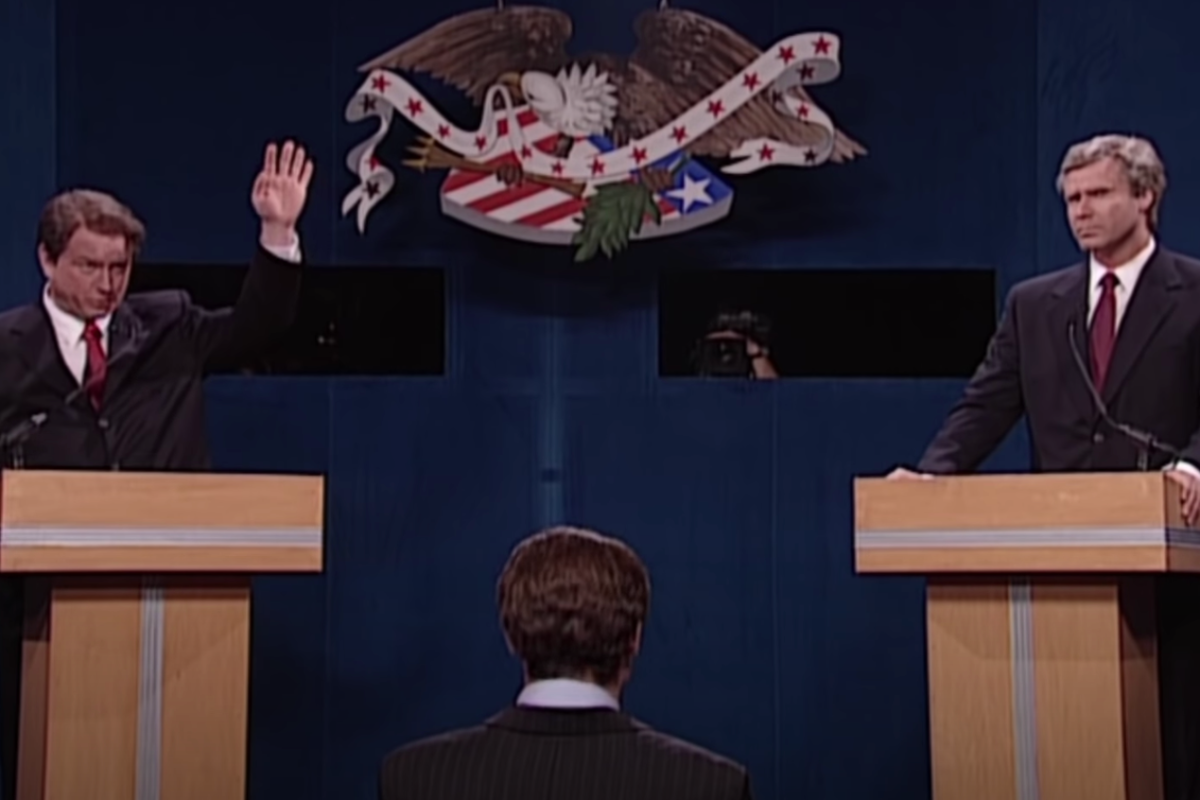 In 2000, as one of the most famous elections in American history heated up, Saturday Night Live spoofed the first presidential debate between now former president George W. Bush and former Vice President Al Gore.

Though the iconic debate cold open skit is most famous the Bushism “Strategery,” that highlight really obscures some of the other, arguably funnier moments in a start to finish hilarious effort.

Castmember Darrell Hammond does a killer impression of Gore by mimicking his voice and mannerisms to a T. Will Ferrell also nailed his impression of the Republican challenger for the Oval Office in the skit, though his impression was more about capturing the personality and aura of George W. Bush than his exact mannerisms. It would go on to be arguably the most hilarious and beloved presidential impersonation in SNL history.

When the moderator directly asks Bush a question, he enthusiastically responded, “pass.” The moderator then gives Bush the opportunity to read it from a monitor and again he responds, “pass.” It isn’t until Gore gives an answer that Bush decides to go with that response.

While Bush continues to struggle with the questions, Gore tries to explain his idea of a lock box over and over… and over and over again. The non-strategery highlight of the sketch, however, starts at the 6:46 mark in the video. At this point, Hammond’s Gore begins to describe a 94-year-old widow who cannot afford her prescription drugs. The woman is beset with an impossible list of ailments — Lyme disease, sistic acne, diabetes, spinal meningitis, born with only one kidney, polio, three types of cancer, an enlarged heart, and a recent shark attack, to name a few — all of which Gore lists as dryly as possible. It is so, so damn funny.

This skit, arguably the best political sketch in Saturday Night Live’s long, storied run, is a reminder of how good Lorne Michaels’ groundbreaking late-night NBC show can be at satirizing the occupant of the White House as well as other politicians throughout the United States and abroad.

Whether we’re talking about Larry David as Bernie Sanders, Tina Fey as Sarah Palin, Maya Rudolph as Kamala Harris, Darrell Hammond as Bill Clinton, the surprisingly fantastic Jim Carrey as Joe Biden, Kate McKinnon (and Amy Poehler and Jan Hooks and Ana Gasteyer) as Hillary Clinton, or all the way back to Chevy Chase as Gerald Ford, the show has done an incredible job of skewering Washington.

It’s a shame, though, that Alec Baldwin’s Donald Trump hasn’t quite had the punch of other SNL impressions of both Democrat and GOP politicians, but then again, how do you satirize that?

This article was updated from its original version, which was published March 5, 2016.