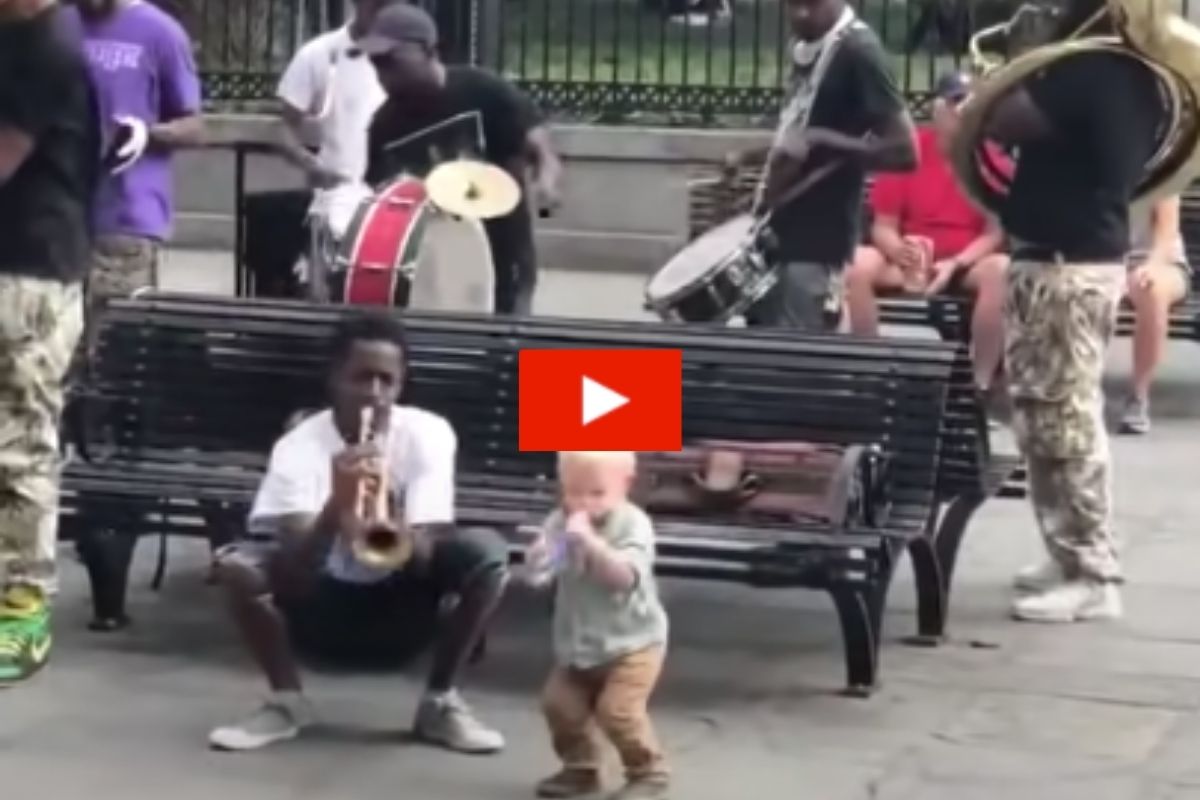 You will never know what you are going to get when you are walking around Jackson Square in New Orleans, Louisiana, but one thing is for sure: the entire area is full of life. Street performers of all kinds entertain tourists from all over who are walking by, enjoying the city’s culture. NOLA is a popular travel spot for all, with not only Jackson Square to explore, but French Quarter and Bourbon Street as well. One little boy definitely immersed himself into the culture as much as he could, and it is safe to say he fits right in.

Boone Anthony was only a 1-year-old at the time, but became a social media star after this video of him embracing NOLA culture went trending. His mother, Stefanie Coleman Anthony, brought him along with his father from Florida to scope out the city when they saw and heard the French Quarter band, Go to Where Ya At Brass Band, performing on Jackson Square.

But instead of just sitting by and watching the lively performing arts, little Boone went ahead and hopped in! Stefanie immediately made sure to start videoing as the toddler dances with the brass band, playing an air trumpet at all. What’s even cuter about this video is that he is copying the street performer he is standing next to, following the dance movements and everything!

Stefanie told WVUE, “Our little one year old baby boy went out there and “performed” with an outstanding band in front of a huge crowd on Jackson Square,” explaining in a Facebook post, “Boone received so many smiles and cheers from so many folks; it was the most beautiful thing I think I’ve ever seen.”

When little Boone’s performance was uploaded on social media, he became quite the little star. His street performance gained over half a million views almost immediately. Maybe the jazz band is calling his name.

Editor’s note: This article was originally published on August 11, 2020.

Watch: Tiny First Baseman Can’t Help but Bust a Move in the Middle of the Game