Oh my gosh, just look at this little cutie pie being as innocent as ever! When you were little, did you ever get in trouble for stealing snacks out of the fridge in the middle of the night? Which you would then try to hide it or quickly put it back to avoid getting in trouble. Probably!

But not this little girl. This kid stole the hearts of people online due to her hilarious and adorable reaction. The video shows the little girl standing right beside a refrigerator with a packet of snack gummies in her hand. As the clip progresses, you can then hear her mom making her open her eyes.

“Nothing to See Here, Mom”

Yup, turns out that once she saw that she was caught, the little one pretended that she was indeed sleeping and not stealing any snacks. A clever girl with a pure pure mind, indeed. I swear, toddlers will just about do anything they can to get away with it. It’s adorable, really. So, as expected the mom was giggling too because well, it was hilarious.

The video ends with her finally opening her eyes and flashing a million-dollar smile, which yes made my little heart burst of love. The post quickly went viral on social media and has gained over a million views. Since being shared, the video has gathered over 3.8 million views on Twitter and has been retweeted more than 70,000. As far as the reactions, well as you can expect people couldn’t stop admiring the innocent of the girl.

What I loved most about the video is that the dog is there so nonchalantly standing next to her, telling her “yeah, just give up. We see you. Your cover has been blown.” I would have totally played along and just let her have her tasty gummies for her effort. But then again, maybe the sugar rush isn’t that good for her. Still, one of my favorite videos is there.

Editors Note: This article was originally published on July 8, 2020. 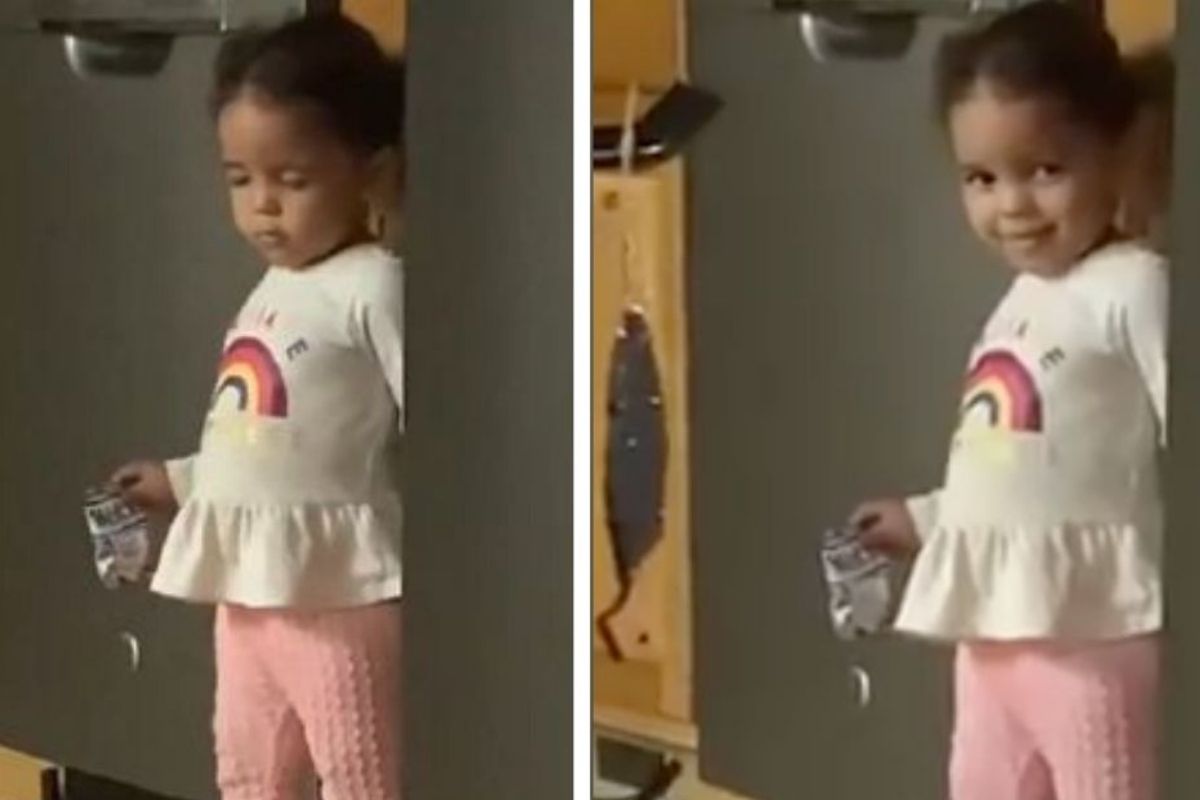