Pranksters Decided to Ask Random People to be Their Valentines, Their Dramatic Reactions to Rejection are Hilarious! 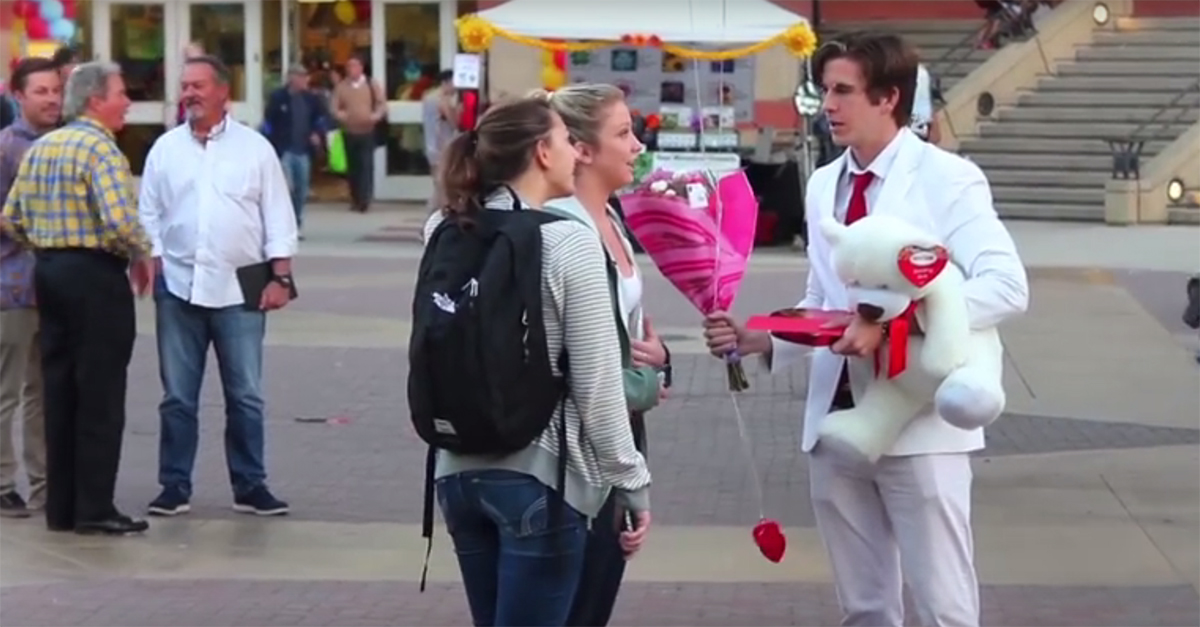 What’s better than Valentine’s Day dates? Valentine’s day pranks! Cupid’s special day is just around the corner, and while some people have already found themselves a partner, others are desperately looking for a companion with which to spend love’s holiday. As they always do around this time of year, various gripes and complaints are arising among the single.

Some say that Valentine’s Day is just a manufactured holiday anyway (true, but moans about sour grapes won’t keep your bed warm), while others go back to the familiar ‘romance is dead’ well. Why don’t guys/gals/people, in general, try to be romantic anymore? What happened to the good old days? Leaving aside the rose-tinted glasses takes about the past, the crew at YouTube channel Disturb Reality decided they’d like to drum up some Valentine’s Day romance — among total strangers.

Predictably, the guys’ public courtship attempts were mostly shot down, which led to the real purpose of the video: catching their reactions to ‘heartbreak’ on camera. Once rejected (because how many people would agree to have a romantic dinner with some random dude on the street wearing a white suit?), they melted down into fake histrionics, inspiring giggles from their would-be lovers.

Have you ever seen someone punt a giant teddy bear in mock frustration? If that sounds like a good time, this video’s for you. If that was me, I’d take all of their flowers, gifts, chocolates, and fun out of there as fast as I could. Jokes on you, sucker!