Larry King is back, and he’s out to slam the NRA as a “menace to America” 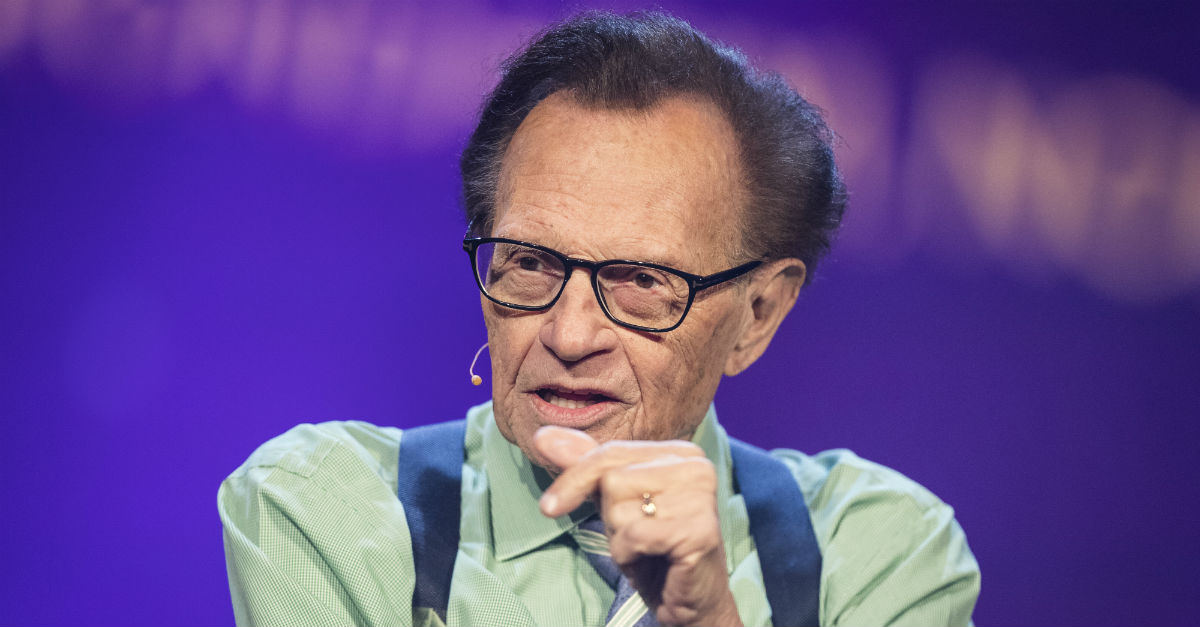 Following the fatal Valentine’s Day shooting of 17 students and faculty members at a Florida high school, the NRA has faced mounting pressure and criticisms from many sources. Among the Second Amendment organization’s critics was King, who gave TMZ the full extent of his thoughts.

After encouraging the person behind the camera to donate to the survivors of the shooting, who have since turned into gun legislation activists, King responded to a question about how to stop mass shootings.

“Don’t support the NRA,” he said, “and don’t let them buy congressmen and senators.”

King added that the NRA was “a menace to America.”

King is not the only one accusing the NRA of buying politicians.

During an appearance on ABC’s “This Week,” Parkland survivor David Hogg argued that the NRA not only bought politicians, but was more concerned about appeasing gun manufacturers than looking out for its members.

Following the loss of several corporate sponsorships, the NRA released a statement standing up for its members.

“The law-abiding members of the NRA had nothing at all to do with ? the cruel failures of both federal and local law enforcement,” it said.

?Let it be absolutely clear,? the statement promised. ?The loss of a discount will neither scare nor distract one single NRA member from our mission to stand and defend the individual freedoms that have always made America the greatest nation in the world.?