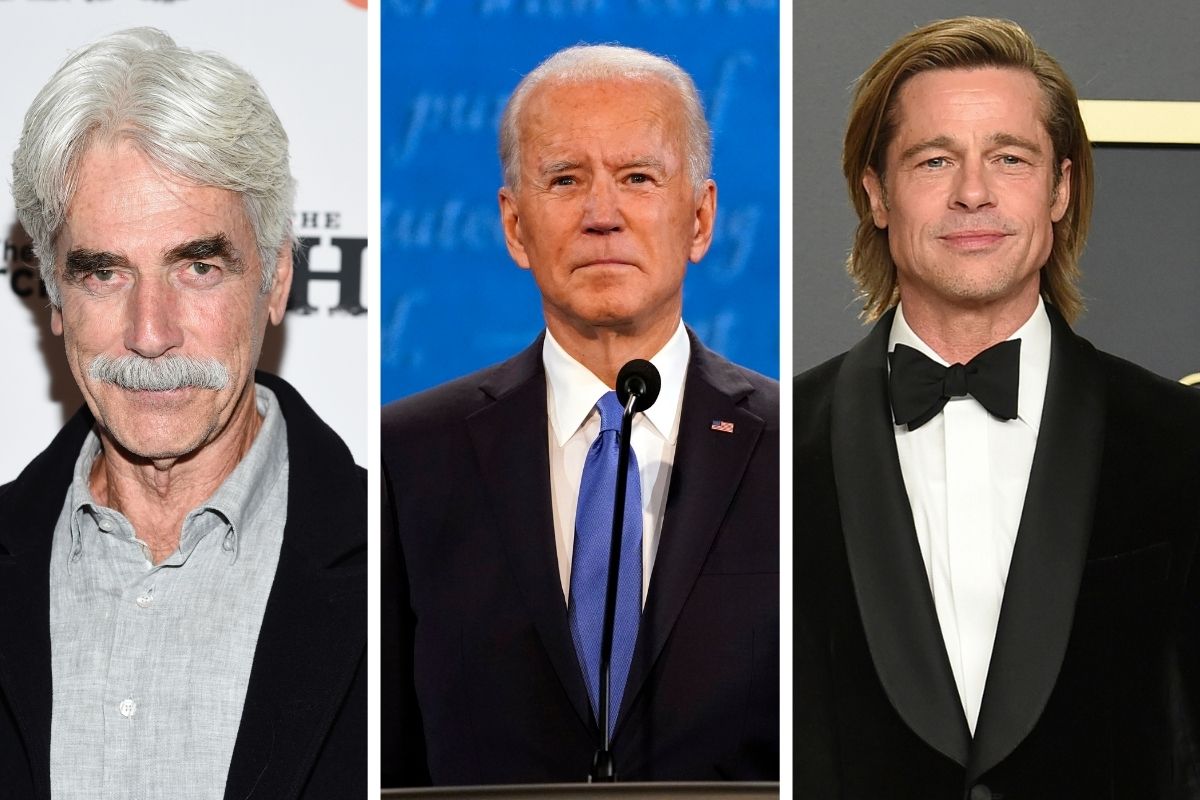 During the first game of the 2020 Major League Baseball World Series, Democratic Presidential nominee Joe Biden released a new ad for his Presidential campaign that focuses hard on the idea of national unity and American problem-solving. The ad featured the reassuring voice of none other than our favorite actor, Sam Elliott.

Viewers can hear the voice of the actor during the Joe Biden campaign video over a piano soundtrack of The Star-Spangled Banner telling viewers that there is ‘no one America.’ Elliott is heard saying, ?No Democratic rivers, no Republican mountains, just this great land and all that?s possible on it with a fresh start. Cures we can find, futures we can shape, work to reward, dignity to protect. There is so much we can do, if we choose to take on problems, and not each other. And choose a president who brings out our best. Joe Biden doesn?t need everyone in this country to always agree. Just to agree we all love this country, and go from there.?

Elliott, who is known for A Star is Born, The Big Lebowski, The Ranch, and Roadhouse is the latest Hollywood star to endorse the presidential candidate and running mate Kamala Harris in the coming weeks. Several other celebrity endorsements include cast reunions to raise money for Joe Biden or for local Democratic party organizations which include the cast Veep, Parks and Rec, The West Wing, and The Avengers. Tom Hanks previously joined forces with Biden, after joining him for a virtual fundraiser called “Grassroots Fest.? The actor and Biden spoke via video chat from separate locations but found a common ground on the significance of the 2020 election.

Hanks was heard saying, ?I?m willing to give a nod to divine providence here. There is such a confluence of issues, so many crises that are landing in one time, certainly the economic fallout that has come about because of a brand of fear and a response to a virus that has already killed close to 200,000 Americans, and many more around the world.? The 64-year-old went on to say that this is the most important election of American lives, and even in history.

Brad Pitt also announced he was supporting the Democratic presidential candidate after lending his voice to a 60-second campaign ad titled, “Make Life Better.” The ad features Biden and his wife Jill greeting voters on the campaign trails. Pitt can be heard saying, “America is a place for everyone. Those who chose this country, those who fought for it. Some Republicans, some Democrats and most, somewhere in between, all looking for the same thing: someone who understands their hopes, their dreams, their pain, to listen, to bring people together, to get up every day and work to make life better for families like yours. Pitt is no stranger to politics, supporting Decomcaring candidates over the years. In 2008 and 2012, Pitt enforced Barack Obama during his presidential races.

In March, the Democrat announced that he and his wife Rita Wilson had tested positive for COVID-19, and pressed Biden on resistance to mask-wearing during the pandemic. That’s when former Vice President Joe Biden responded by criticizing President Donald Trump for undermining the advice of all the health experts. The democratic nominee stated, ?This appeals to this macho notion, ?I?m not wearing a mask,?? Biden said, ?this is just the most irrational, illogical and egotistical exercise I?ve ever seen a president enter into.?

Another celebrity who has repeatedly torn into Donald Trump’s method of handling the Coronavirus pandemic in the United States is Barbara Streisand. During a virtual fundraising concert for the Biden Campaign, Streisand gave the finishing speech making the biggest outcome of the fundraiser. Lasting for a total of eight minutes, her words were an endorsement to Biden, criticizing Trump’s methods. Adding that our president was dangerous to our health, she stated, ?Let?s face it, Trump is unfit, mentally and morally, to hold this distinguished office?A few weeks ago, Trump called out the troops against peaceful protesters. That is what cowards do when they are scared.?

Streisand continued, ?Donald Trump has failed us. And we cannot survive four more years of his incompetence we?re feeling right now. [Biden] will listen to people rather than greeting them with guns. All they want is justice. It?s as simple as that.?