The Strange Disappearance Of Branson Perry 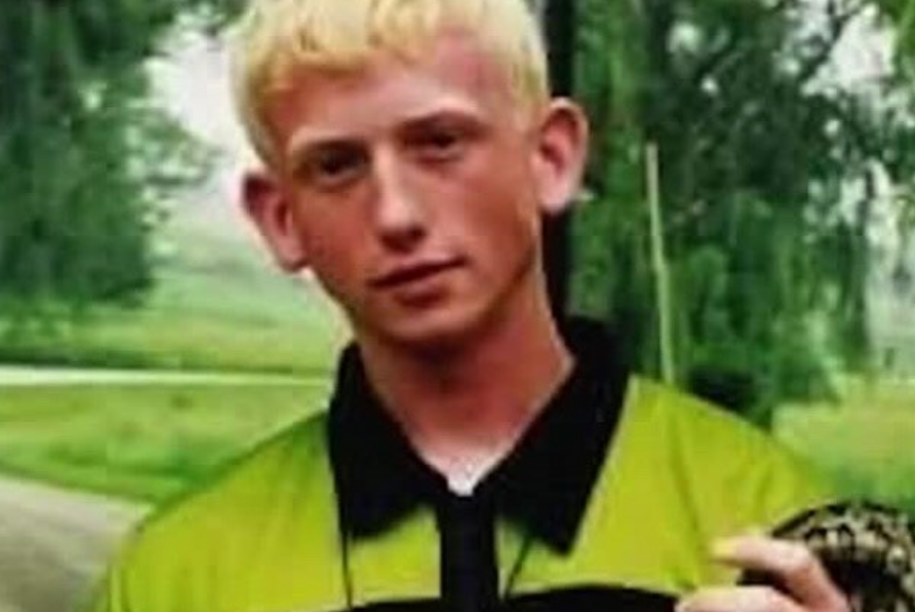 Branson Perry was just a 20-year-old kid on April 11, 2001, living a normal life. That same day, he stepped outside the house where he lived with his father in Skidmore, Missouri. But, he never stepped back inside, and he was never heard from again. This is the mysterious disappearance of Branson Perry.

Branson Kayne Perry was an 80s baby. He was born in 1981 to Rebecca “Becky” Klino and Bob Perry. He graduated from Nodaway-Holt High school and worked odd jobs after losing a job. He worked as a roofer and then for a traveling petting zoo while looking for work. Branson lived with his father at 304 West Oak Street since his parents were divorced and enjoyed weight lifting. He had a black belt in Hapkido, a hybrid Korean martial art for self-defense. Perry also had Tachycardia but didn’t let it affect his life much.

On the day of Branson Perry’s disappearance, he was doing some chores with a female friend, Jena Crawford. There were two mechanics at the house, replacing the alternator in his dad’s car. His father, Bob Perry, was in the hospital. A little before 3 PM, Perry went to a cabinet and grabbed something. A little after 3 pm, Jena looked out the window and saw Perry leaving. She asked where he was going, and he said, ?I?m going to put away the jumper cables, then run out for a bit. I?ll be back in a few minutes.?  Except, he wasn’t. That was the last time any saw him of his friends or family.

Later, on April 12, his grandmother, Jo-Ann Stinnett, went by the house when Branson failed to visit his father the night before. Branson had been visiting his father every night, as he was due to return home in a couple of days. When Jo-Ann made it to the house, the doors were open, and no one had seen Branson when she asked about town. And strangely, none of his personal belongings were out of place. On April 16, she, Bob and Branson’s mother filed a missing person’s report.

There have been a couple of suspects in this young man’s murder. The first is his neighbor across the street, Jason Biermann. On April 7, a few days before Branson Perry disappeared, he went to hang out with Jason Biermann, his older neighbor, by many years (according to some internet sleuthing, he may have been in his early thirties). According to true crime source Diane Fanning’s “Baby Be Mine,” he gave Branson an “unidentified drug.” After this, Branson stripped nude and started to dance around in Biermann’s house. Then, he shaved his pubic hair and and “had sex” with Biermann. (Sounds like code for rape to you, right?) The next day, Perry told his dad about the incident. Perry’s father was furious at the neighbor for drugging his son but never spoke with the man about it. Seemingly that was the end of the situation with Biermann. However, right after Branson Perry’s disappearance, some sources say that Jason Biermann was nowhere to be found for two whole weeks. It sounds like enough time to try to get rid of the body of a kid who told his dad you’d raped him. But, as I said, there is no proof of this.

The other suspect of foul play is Jack Wayne Rogers. Two years after Branson Perry’s disappearance, in 2003, Rogers, a Presbyterian minister, and Boy scout leader from Fulton, Missouri’s name, arose. Here’s why. He was charged with a first-degree assault charge for a failed gender-reassignment surgery on a trans woman. He no certifications… just thought that he was anointed enough to do it. Needless to say, law enforcement had to be called so the patient didn’t die. When law enforcement arrived on the scene, they found all sorts of horrible information on his personal computer: child pornography and online posts where he described having raped, tortured, and killed multiple men. One of these men matched the description of Branson Perry, who, he called a blonde hitchhiker, from Skidmore who he did all the above to and then buried in the Ozarks. When questioned by the police, he claimed the posting was “just a fantasy.” It seems awfully specific, but the authorities didn’t pull him in much further. Detectives also later found a turtle claw necklace in Jack Wayne Roger’s car. If you’re wondering if our missing Missouri man had a necklace just like that, he did! But, for some reason, it wasn’t enough to implicate him in the crime, apparently. Rogers was sentenced for possession of child pornography and illegal surgery, but that was all. And no further deliberations have been made regarding Perry’s disappearance.

Today, organizations like the Charley project work to find missing persons such as Branson Perry. The county Sheriff of Perry’s small-town promised Branson Perry’s family members, most of whom have now all died, that they would find out what happened to Branson Perry. We hope that one day, his case will be solved.

Watch: The Meaning Behind Bruce Springsteen?s ?When You Need Me?