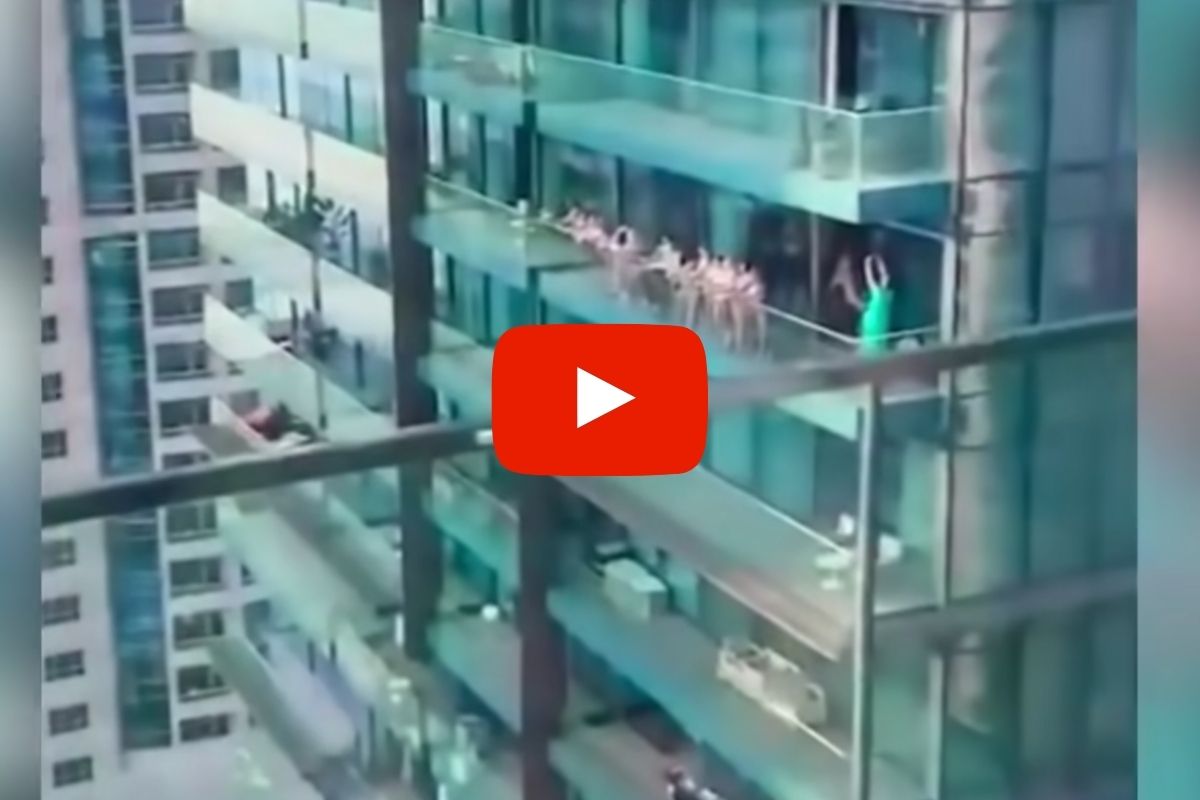 Let’s give it up for these 40 beautiful souls to remind us that we should live life to the fullest. Apparently, a group of people were arrested in Dubai over several scandalous images that popped up on social media showing women posing naked on a high-rise Dubai balcony in the city. Several photographs and videos circulated online depicting more than a dozen naked women all lined up on the waterfront balcony while being filmed in the upscale Dubai Marina neighborhood in broad daylight. Yes, the sun was out and so were the boobies.

State-linked newspaper The National reported that the naked photo shoot was “an apparent publicity stunt” and would carry penalties. Unfortunately, the Dubai Police Force later announced that the group of women who appeared in the incident were arrested on charges of public debauchery and referred to the Dubai Public Prosecution. The identities of the women have not yet been released. Through a statement, the agency stated, “Dubai Police warns against such unacceptable behaviors which do not reflect the values and ethics of Emirati society.”

Group Of Women Arrested After Posing Naked On Dubai Balcony

Now, putting my two cents here, I believe I can speak for a lot of people when I say that I don’t think it should be a crime for models to get naked for nude photoshoots and pose on balconies. But, I understand where the worries are coming from. They want to respect everyone’s religion so I can see why they think this is a problem.

Just a Regular Day in Dubai

Can't we have better close up photo.

But still, I don’t think these women should go to jail. A fine? Sure why not, fine them all I’m sure the government would love some extra money. But go to jail for simply showing off some skin? I’m gonna go with a no. Now, if they were having sex, now a different story. Free the people!