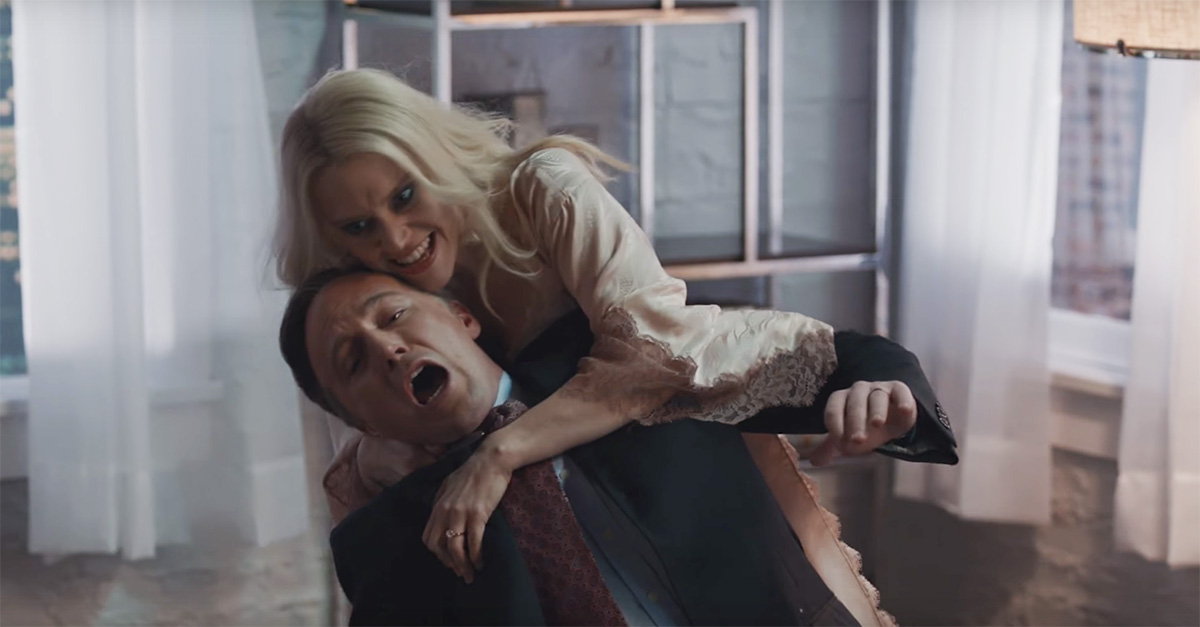 Counselor to President Donald Trump Kellyanne Conway and CNN anchor Jake Tapper have had one of the most interesting relationships in all of media history, with Tapper?s booking staff first not allowing Conway on his CNN Sunday Morning show, State of the Union, leading to a great interview about the White House and the Republican party between the two earlier that week, back in 2017. But NBC’s Saturday Night Live begs the question, what if Conway was actually crazy? What if she was ?in love? with being on the news so much that it drove her to a breaking point?

That?s what happens in this SNL sketch, which sees Kellyanne Conway, played by Kate Mckinnon, going full Fatal Attraction on Tapper, waiting for him in his darkened apartment as he gets home from taping his show. She really misses the feeling of a ?hot mic? against her skin. ?No!? Tapper, played by Beck Bennett, screams, ?We can?t have you on TV if you?re just going to keep lying!? an obvious play on the Bowling Green massacre.

?Fine,? Conway replies. ?I?ll do something else. I?ll do something really crazy,? she says, pulling out a knife and pressing it to her mouth like a certifiably insane person trying to get their jilted ex-lover?s attention. She makes other crazy and ridiculous threats throughout the skit, such as doing a commercial for Ivanka Trump.

The whole short ends with a moment that mostly reminded us of Batman Returns, with Conway accidentally falling out a window, crashing down onto the street with a splat, before getting up, adjusting her body back into place like a right wing Terminator, and saying she only has three lives left, which plays on being more believable than some of what the real Conway says on TV.

Jake Tapper talked about the SNL sketch in an interview with Terry Gross on Fresh Air. Gross compares Kate Mckinnon’s Kellyanne Conway to a “Glenn Close roll” in prefacing what the spoof was about, and Tapper talked about how he was “honored” by Beck Bennett’s Tapper impression as well.

“So I go to bed relatively early. My wife stays up late and watches Saturday Night Live. And Beck Bennett had been doing the Jake Tapper role all season, which was – independent of the Fatal Attraction skit – a huge honor. So the idea of being spoofed on screen live – especially considering I pretty much got away scot-free in terms of how harsh they were to me, as opposed to, say, Sean Spicer – you know, it was an honor.”

Editor’s note: This article was originally published on February 12, 2017.