Unlucky Man Accidentally Gets His Testicle Stuck in Ikea Chair 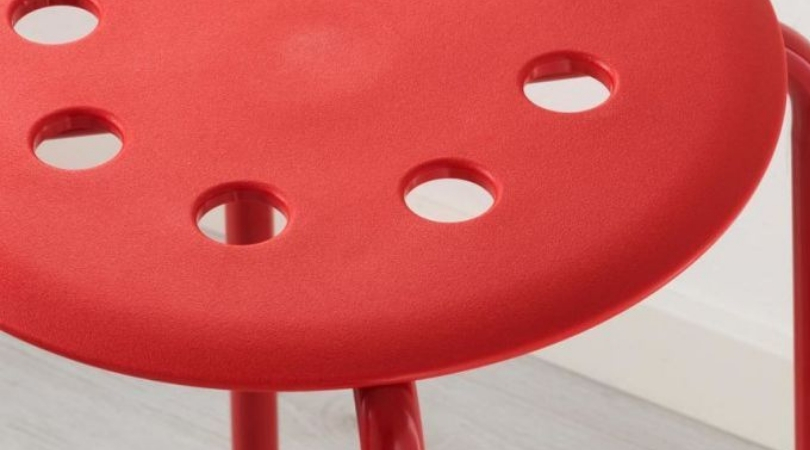 There are people who definitely have bad luck. So much bad luck that it scares you to even touch them. Admit it, we all know that one person in the group who will always end up falling, breaking something, or gets pooped on by a bird. It happens, but at this point, we just learn and laugh it off by tapping them on the shoulder saying, “Oh well, you can’t win them all, Greg.”

Well, in this case, Greg over here is a Claus Jørstad of Alta Norway who accidentally got his testicle stuck in an Ikea chair a few years ago. The pain, the horror, the humiliation. How did he get his testicle stuck? Well, after a knee injury, Jørstad decided to invest in a MARIUS Stool to sit on while he showers. Which is what some do whenever they have a serious injury and can’t stand up for a long time. Unfortunately, that plan backfired on him and big time.

According to the Norwegian man, while sitting on the stool (which is available on Amazon if some of you weirdos are into this sort of thing) one of his testicles got stuck in a hole in the seat when the hot water caused them to expand. Which is hilarious in itself because I didn’t know that testicles do that whenever hot water is involved. The more you know, am I right? He stated, “Sitting there and noticing the accident, I bent down to see what happened, I realized the little nutter has got stuck.”

The poor man said he sat there for so long not knowing what to do, that by the time he desperately tried to save himself, the water turned freezing cold. A few minutes later his testicle was able to shrink again allowing him to safety uh….pull his little guy out. Thank God for that, Jørstad, you’re a free man. So as expected, he wanted to warn another fella’s out there who purchase the “holey chair” because obviously getting your balls stuck anywhere is no fun and I’m pretty sure it’s painful.

His Facebook “warning” went since viral ever since, circulating all around social media and warning not only Facebook users but IKEA furniture about the chair and the dangers of it. To which Ikea so gratefully responded, “Hey Claus. We recommend that you take the stool out of the shower… or that you sit on it with the right uniform on and in the right setting. If you choose to keep it in the shower, make sure you are well dressed for your next sea excursion.”

Yup, that seems like a fair response. Trolling at its finest. I would have just put a towel or a washcloth on top of the stool from the beginning, but that’s just me. Men are men. Better luck with your testicles next time, my dude! Keep them safe, you only have two!

This story was originally published August 5, 2019.