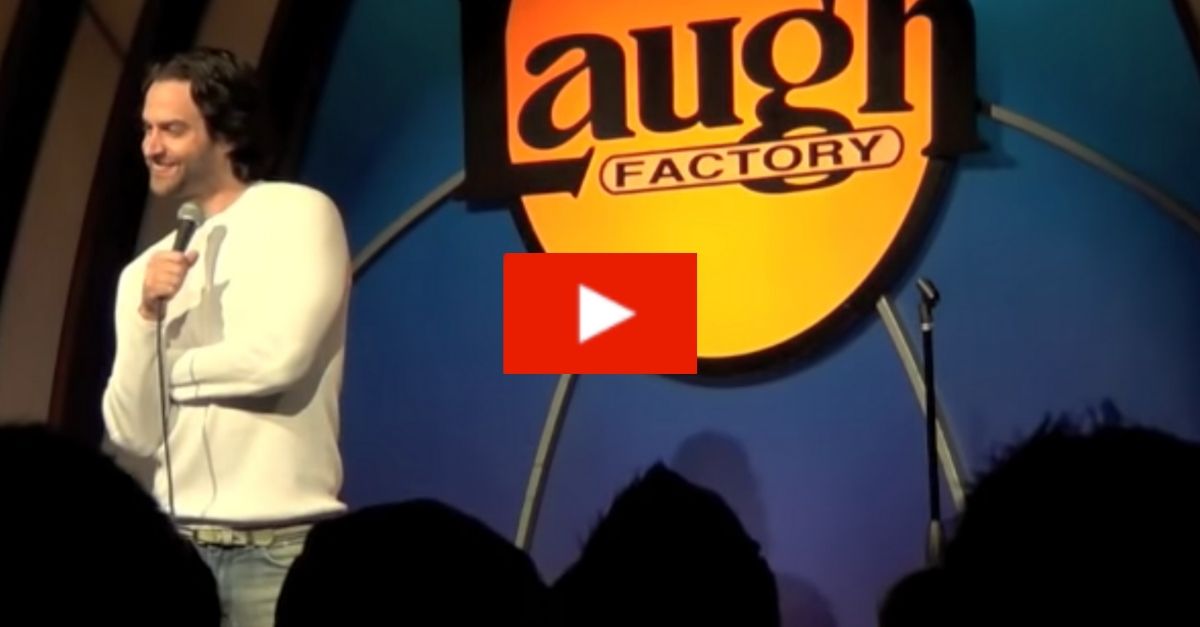 If you went to a party school… hell, if you’ve ever been to a bar, you’ve definitely encountered your fair share of overly intoxicated young ladies.

In 2013, comedian Chris D’Elia delivered a masterful bit on his stand-up comedy special on Comedy Central, “White Male, Black Comic,” during which he does impersonations of drunk girls and all of the insane things they say and do when under the influence of just a little bit too much alcohol.

He starts his impersonation of drunk girls by proclaiming, “Girls get way drunker than dudes.” From there, he relays some of the funniest statements you’ve definitely heard girls make, namely that they consider getting drunk an accomplishment and shout things like “WE MADE IT! WE MADE IT! OH OHHH!”

From slurring absolute nonsense at strangers to shamelessly asking dudes where they’re going later, some of the gems Chris D’Elia delivered will be funny forever. The stand-up comedian mentions some of the worst and most effective characteristics of the typical tipsy girl. They have powers that allow them to flirt, get free drinks and behave badly, and can still get guys to want to take them home.

“Drunk girls are the only people on the planet who can almost throw up and not care at all,” Chris D’Elia says during one of the funniest story lines of the seven minute bit. He follows that up by comparing that behavior to dudes, who know that it’s game over when they start to feel sick from drinking.

I’ve had my fair share of drunk girl interactions, so I would like to share some insights that Chris D’Elia missed. Not only is the bathroom where drunk girls meet their temporary new besties, but you should also never underestimate the power of drunk girls in packs. Seriously, best not to get involved.