Teenagers Are Gluing Their Lips To Make Them Look Fuller 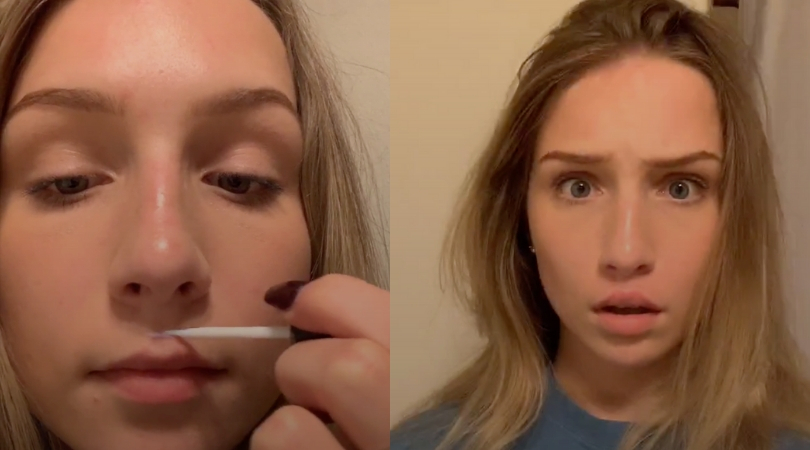 Oh look, just when I thought the trends were over, another one rolls on by and knocks us off our feet. Cool, cool, cool. This time around, it’s exactly what it sounds like. Turns out these teenagers are apparently gluing their upper lip to make them fuller.

Yes, you read that right, gluing their lips. So dumb, that I don’t even have the energy to make a stupid joke about it. Because that’s exactly what it is…stupid. Apparently, women are now using superglue as their new “superpower beauty tool” to pucker up their top lip,  to look like Kylie Jenner. Sometimes, I hate things that are trending the internet.

Although this might seem like a good idea to some, I don’t need to remind you why putting glue on your face is not the best idea right? Oh, I do? Okay, well, one, it’s toxic for your face and can damage it by burning it or it can cause an allergic reaction if you have sensitive skin. Two, because it’s toxic if you eat it, simple as that. It can easily get inside your mouth someway or another.

The viral trend started on a new social media app called TikTok and has reached over 4.5 million views. TikTok is a short-form video-sharing app, much like Vine or YouTube. It’s become way too popular among teens who use it to share funny videos, music, and “beauty tips.” But let’s be real, this is far from a beauty hack, people.

So yeah, these TikTok users basically decided to skip all the makeup to make your lips seem bigger, and just went straight for the freaking glue on their cupid’s bow. Eyelash glue to be precise. Which might not be too toxic on your skin like superglue since you use it on your eyes, but still. Just don’t, it’s dumb. But then again, maybe this is better than all the other trends such as sucking on shot glasses, eating tide pods and sticking up popsicle sticks up your vagina?

So if this keeps y’all from going to the extreme and doing a viral challenge that can put your life at risk, or are too scared to go to a professional to get some real lip fillers or lip injections, then heck, glue your face all you want. It’s better than landing in a hospital. Just don’t say I didn’t warn you when you wake up with a big rash across your upper lip.

Yall I did that trend where you glue your lip up… im dying 😂😂😂 pic.twitter.com/mIHlZmd4tC

Y’all I tried it😂 ignore the laugh pic.twitter.com/cGx0vV5wXP

My sister got me to glue my lip and I don’t regret this post pic.twitter.com/9aQe4pkyxC