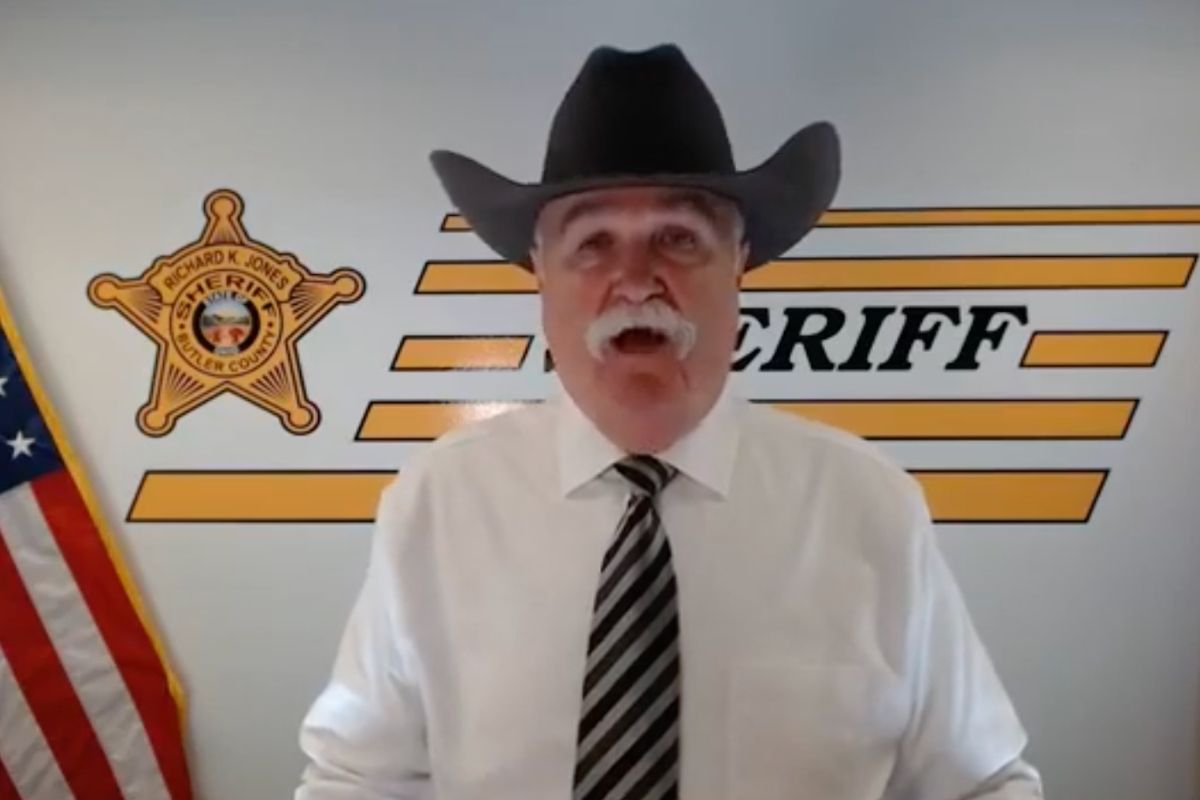 This guy is completely fed up with how people are planning to react if President Donald Trump gets reelected into office. An Ohio Sheriff from Butler County has offered to help fund one-way tickets for those who have threatened to leave the United States if President Trump does get reelected and has now gone viral in calling out celebrities who have been public about their opinions.

Butler County Sheriff Richard Jones, or “Rick,” posted a video on his Facebook page, expressing his annoyance with celebrities who have already said something about Trump’s potential reelection. He said, “These are mostly the same people who don’t like police, don’t like first responders, so I feel obligated to make a response to that,” adding, “Good for you. I hope you do leave and if there’s anyway I can help, I’m not a rich person, but I would be willing to throw in $10 to a special fund to help get you a flight or whatever it takes — a ship ride to whatever country of your choice — and maybe you can make a better life there.”

Proudly wearing his cowboy hat, Jones expressed that the issue at hand isn’t a “presidential” one, but actually a “United States issue,” calling celebs he targeted in this video “special people” who are “trying to tear down our country”

“The rule is you can’t come back. You have to stay there and make a better life for yourself,” he said in a matter of fact. “I love my country. Those of you who don’t like it-leave.”

His “press release” stated, “Sheriff Jones would like to extend an invitation to put money towards a one-way ticket for any celebrity that would like to leave the country this time around if President Trump is re-elected,” and he continued to emphasize by saying, “Hell, I’ll even help them pack.”

Apparently this guy has seen internet fame before for his bold statements about those claiming to leave if President Trump wins. He expressed after Ohio’s statewide face mask order in efforts to stop the spread of COVID-19 saying, “I am not the mask police.”

He also spoke on people who “abuse police officers” saying, “you shoot at police, expect us to shoot back. I will not allow my deputies or any law enforcement officer in Butler County to take the abuse I have seen over the past several months.”

I’m not sure if this election year is especially loud, but the division couldn’t be clearer when it comes to picking sides. Are some celebrities actually going to pick up and leave?