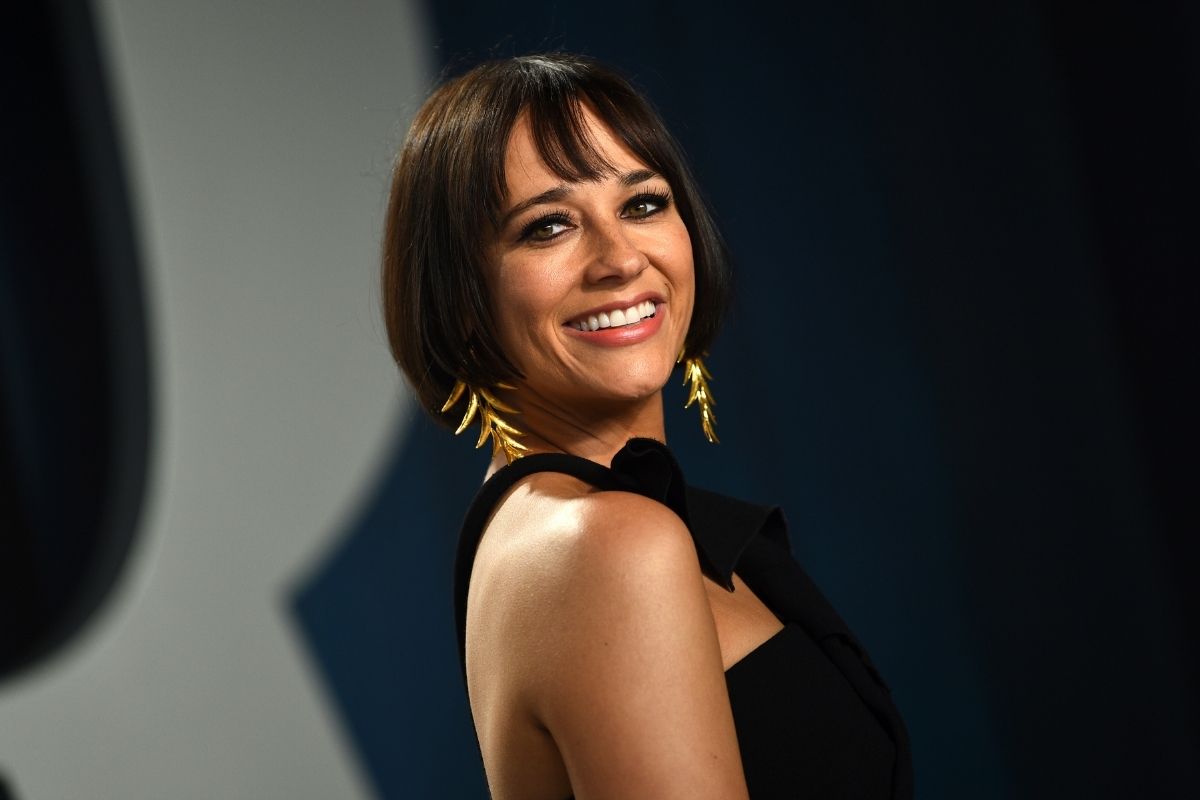 Rashida Jones and her longtime boyfriend Ezra Koenig kept their relationship on the DL for years. Though the two have been photographed together as far back as 2015, many were surprised to learn in 2018 that the 42-year-old actress had given birth to a son, Isaiah Jones Koenig, with her musician boyfriend.

The daughter of legendary music producer Quincy Jones and Twin Peaks actress Peggy Lipton, Rashida Jones was destined for a life in the spotlight. She and her sister Kidada Jones were raised in Reform Judaism. Growing up in the Bel-Air neighborhood of Los Angeles, California, Jones was extremely vocal about her identity and parents’ interracial marriage. When she was just 17 years old, she penned a passionate open letter to the rapper Tupac Shakur in defense of their relationship. (The two eventually made up. Tupac was dating Jones’ sister, Kidada Jones, at the time of his death.)

After high school, Rashida Jones went on to attend Harvard University. She graduated in 1997 and returned to Hollywood, acting in small television roles. Jones’ mainstream break came in 2006 when she was cast in The Office as Jim’s love interest, Karen Filippelli. A few years later, Jones accepted a role in NBC’s other mockumentary sitcom, Parks and Recreation.

Rashida Jones in “Parks and Rec”

Joining the core cast of the show as nurse Ann Perkins, Jones remained on the show for six seasons and became a household name. Since her time on Parks and Rec, Jones has starred in Angie Tribeca, the Netflix TV show #BlackAF, and most recently, alongside co-star Bill Murray in On the Rocks.

Rashida Jones was briefly engaged to the music producer Mark Ronson in 2003. After their break up, her love life was unknown for many years. When she began making appearances with Vampire Weekend frontman Ezra Koenig around 2015, rumors swirled. And even more, speculation came when Jones began to wear baggy clothing ? possibly to conceal a baby bump ? in 2018. Finally, with the birth of Isaiah Jones Koenig, this celebrity super couple was confirmed and their family was off to a beautiful start.

Ezra Koenig is a singer-songwriter who gained fame as the lead vocalist of the indie rock band Vampire Weekend. Koenig met his bandmates as a Columbia University student in New York City during the early 2000s. By 2008, their worldly, feel-good sound was dominating the airwaves with rave critical reviews. Although the band is mostly associated with its iconic debut album and old hits like “Oxford Comma,” Vampire Weekend came back with full creative force last year. Their most recent album, Father of the Bride, won the Grammy for Best Alternative Music Album in 2019.

Aside from Vampire Weekend, Ezra Koenig helms other artistic projects. His Apple Music radio show, Time Crisis with Ezra Koenig, features high-profile guests from the industry including Rashida Jones herself and even her former fiancée, Mark Ronson. Koenig is also the creator of the Netflix animated series, Neo Yokio.

In general, Ezra Koenig keeps his personal life extremely separate from his work. Although it’s easy to imagine Koenig’s sunny love songs directed at his partner Rashida Jones, he revealed in The Guardian how that analysis of his work, based so strictly, in reality, is not only limiting but incorrect.

Speaking about Father of the Bride, Koenig complained, ?Almost everything that?s been written about the album references my girlfriend and our baby, and I?m, like, I understand why, but? The timeline! Come on!” To Koenig, writing about a relationship does not necessarily signify any message about Jones. So to that extent, their famous romance still remains a mystery.

Watch: Kate Winslet Love Life is Nothing Like ?The Titanic?