Burglarized Bakery Printed Suspect’s Photo on Cookies — and Caught Him! 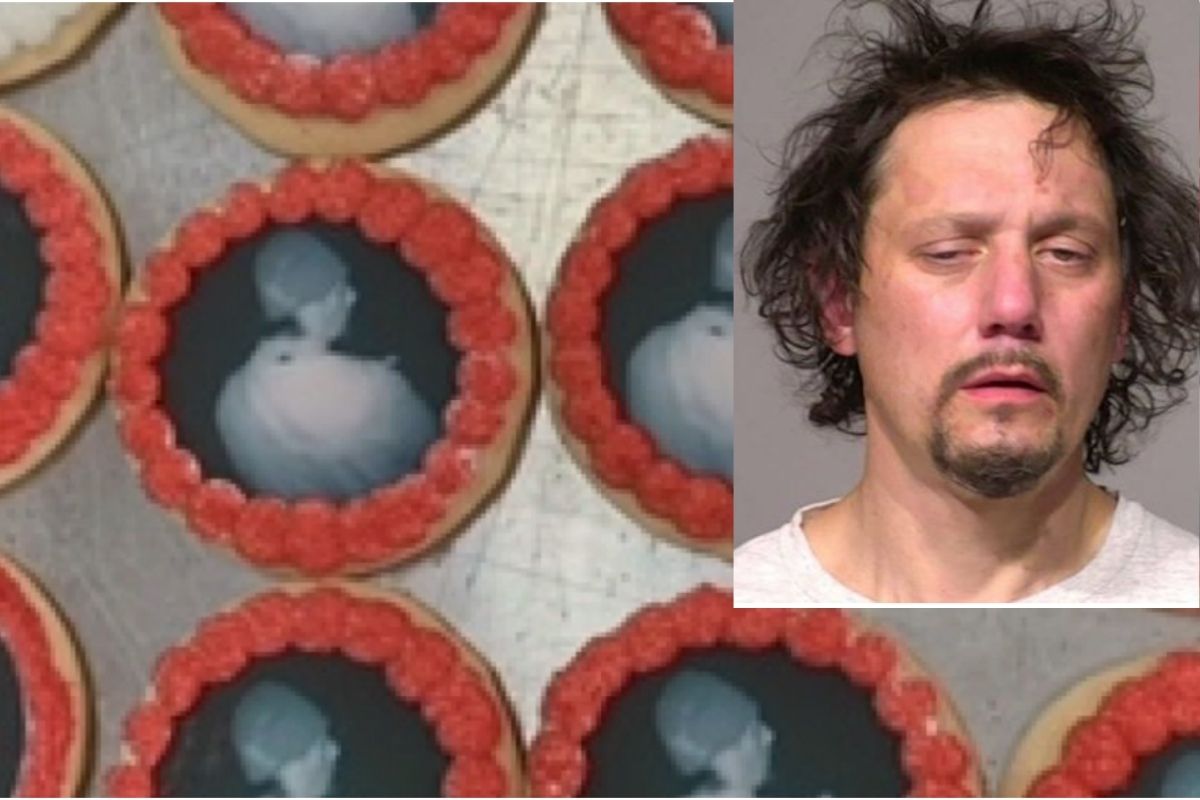 A bakery in Milwaukee, Wisconsin is using cookies to fight crime. Seriously. After the Canfora-Lakeside Bakery was burglarized on the night of April 19, the unidentified suspect escaped with stolen money and equipment… but his likeness was captured by the store’s security cameras. In addition to reporting the crime to the police, the local business owners took an unconventional (and yummy) approach to catch the burglary suspect.

According to the criminal complaint from April 20, police officers responded to a call about an unlawful entry at Milwaukee’s Lakeside Bakery when an employee noticed the cash drawer (which had $200 inside) was missing. After speaking to the owner of the bakery, officers reviewed the surveillance videos which showed “a male subject wearing a cap carrying a plastic milk crate checking the side door of the bakery, and then moving around to the north side of the building… [who] re-appears, now wearing gloves and a face mask,” according to FOX6.

Police then released the photo of the suspected burglar, but bakery owners Karen and Eric Krieg went a bit further. They used turned the digitized image of the suspect’s face a shocking cookie decoration which drew viral attention to the case. Talk about working with what you got. The pics of these edgy cookies were trending to the point of becoming national news! Check out the support from the Facebook feed, attached above.

The bakery bandit has now been identified as 45-year-old Dominic Kolp. After seeing photos of the Lakeside Bakery cookies online, an officer recognized Kolp. He was then apprehended at a hotel on May 9, at which time he tried to escape by jumping from a second-floor balcony! But Kolp was eventually taken into custody and according to the state court records, was charged with burglary of a building and felony bail jumping.

Kolp made his first court appearance on May 15. And the next day, Lakeside Bakery gave out the rest of his special surveillance cookies for free… no such thing as bad press! Even with Kolp’s creepy photo, those sprinkly desserts still look delicious.

The cookie monster’s preliminary hearing is now set for May 24.