John Belushi Was Originally Set to Star in ‘The Three Amigos’ 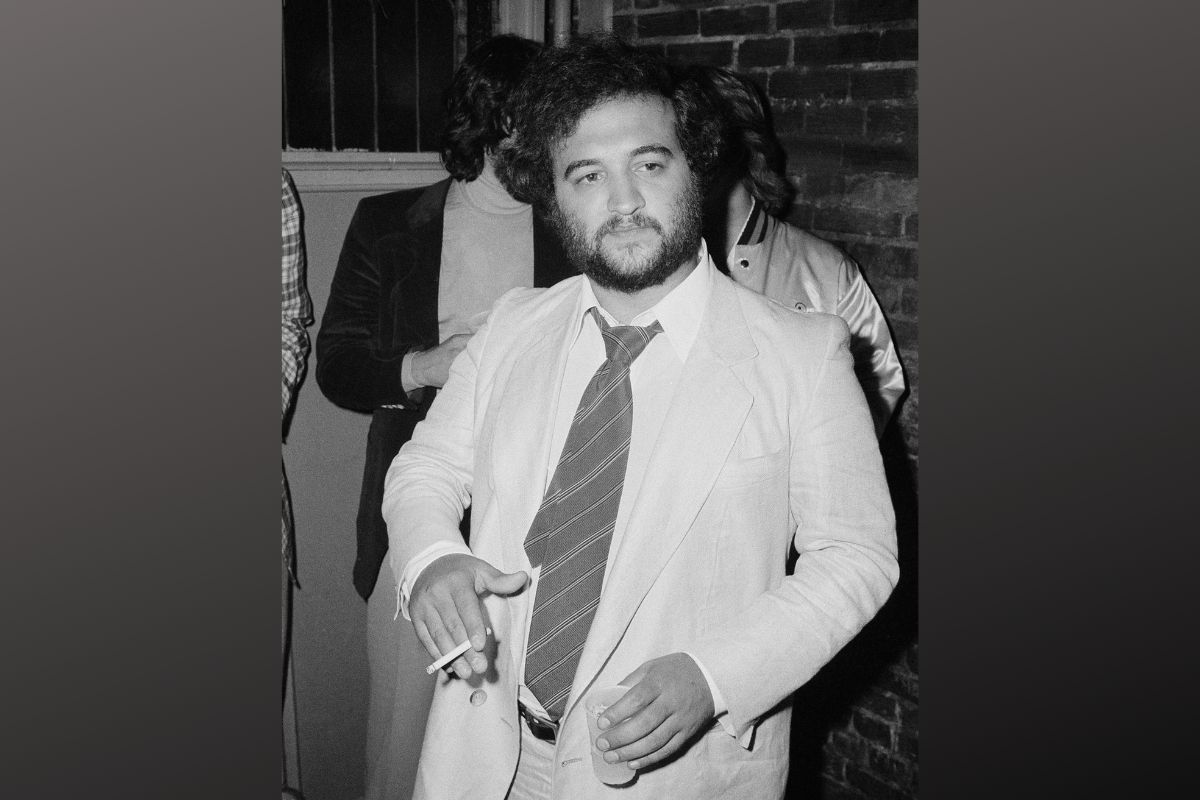 In the year 1978, John Belushi was the GOAT. He starred in the #1 film, John Landis’ Animal House, was on the #1 late-night TV series, Saturday Night Live, had a #1 album out, The Blues Brothers? Briefcase Full of Blues. Belushi’s unique comedic ability led to a booming career in movies, television, and even music. His genre-bending project, The Blues Brothers (shared with co-star Dan Aykroyd) perfectly encapsulated Belushi’s rare ability to turn out laughs across every medium.

The creative concept began as a recurring SNL sketch, turned into a hit 1980 film, and spawned successful musical records and concert tours. When Belushi died of a fatal drug overdose in 1982, fans lamented the many zany projects would never come to be. Now we acknowledge this Hollywood talent, gone too soon, through exploring the list of works that were slated to star John Belushi in a lead role.

Every episode of the satirical Airplane! predecessor Police Squad featured a celebrity guest star that was immediately killed off. For its final episode, Belushi was this featured player and filmed a scene in which he drowned while wearing cement shoes. However, Belushi died before the episode aired and was replaced with William Conrad. The footage of Belushi has never resurfaced. (No pun intended.)

Sergio Leone’s Jewish gangster epic, Once Upon a Time in America, likely would have featured Belushi as the character Max Bercovicz. James Woods took over the role following Belushi’s death, appearing on screen alongside Belushi’s longtime friend (and party buddy) Robert DeNiro.

Dan Aykroyd was more than just John Belushi’s frequent collaborator. They were best friends. And when Aykroyd penned the original script for Ghostbusters, he imagined it would star himself, Belushi, and Eddie Murphy. But Belushi died before the script was finished. (Murphy eventually declined.) Bill Murray took on the role of Peter Venkman, which had been intended for Belushi, and Harold Ramis played the third Ghostbuster, Egon Spengler. But they say Belushi’s spirit did make it into the film — as the greedy green ghost Slimer who haunts the Sedgewick Hotel.

It remains unknown who exactly Belushi would have played in the raunchy teen comedy Joy of Sex, but he had reportedly agreed to take part in this (generally unpopular) National Lampoon venture. The entire film, attached above, is available on YouTube.

Poor Dan Aykroyd. The actor first envisioned Spies Like Us while Belushi was still alive, and like with Ghostbusters, planned the script intending to star alongside his friend. TriStar Pictures rejected Aykroyd’s subsequent rewrite built around Richard Pryor, so in the end, Chevy Chase took on the role of Emmett Fitz-Hume: the wisecracking troublemaker to Aykyrod’s rigid straight man. Unlike Ghostbusters, this comedy did not quite rise above the casting difficulties of its pre-production.

In About Last Night, the film adaptation of David Mamet’s play Sexual Perversity in Chicago, both Dan Aykroyd and John Belushi were slated to star. Considering Belushi was the ultimate Chicago boy (and Aykroyd, too, demonstrates a great love for the Second City), this buddy-buddy casting makes sense. However, the final product skewed brat pack with Rob Lowe replacing Dan Aykroyd as the yuppie Danny Martin, while John’s brother Jim Belushi stepped up to play BFF Bernie Litko. (Jim had actually played the role onstage in 1979.)

P.S. The primary location of Mother’s from About Last Night is a real bar, and it’s still around! Learn about Mother’s fascinating history here or visit yourself, post-pandemic!

Steve Martin first wrote Three Amigos in 1981, intending to cast himself, Dan Aykroyd, and John Belushi as the titular amigos. Belushi’s death postponed the project, which was eventually picked up by SNL producer Lorne Michaels and retooled to include Chevy Chase and Martin Short. (It was Short’s character that had been meant for Belushi.) John Landis ended up directing Three Amigos, as opposed to Carl Reiner who was originally attached.

In the year before his death, Belushi signed on to write and star Noble Rot, the story of a winemaker who inadvertently gets caught up in a diamond smuggling ring. But Belushi was struggling with drug addiction throughout the end of his short life, and reportedly the first draft of Noble Rot was a mess. It was never produced.

Naturally, John Belushi would have absolutely ruled any sequel to Animal House. The film was postponed after the American Graffiti sequel, More American Graffiti, bombed in 1979. But this shelving proved disastrous, as John Belushi died before the follow-up film could take shape. Without the iconic frat boy character of John “Bluto” Blutarsky, Animal House was abandoned. Multiple scripts were written, but in the end, there just was no making this National Lampoon venture without the unparalleled energy of John Belushi.

‘A Confederacy of Dunces'(Never Released)

John Kennedy Toole’s posthumously published, Pulitzer-prize winning novel A Confederacy of Dunces has never been adapted into a film. (Will Ferrell was briefly attached in 2005, but the project fell through.) Following the book’s positive reception in 1981, reigning star John Belushi seemed like the natural choice to play the eccentric and slobbish protagonist, Ignatius J. Reilly. But Belushi died just a day before he was set to meet with Universal Pictures.

Moonstruck director Norman Jewison had long wanted to adapt The Incomparable Atuk, a book by Mordecai Richler following the struggles of a Canadian Inuit living in modern Toronto. The role was offered to John Belushi first, and after his death to John Candy, Sam Kinison, and Chris Farley. By some horrible stroke of fate, all four of those actors passed away. Not only was The Incomparable Atuk was never made, but the production seems entirely cursed. Altogether seven celebrities were implicated in tragedy after checking out the Atuk script.

Like The Incomparable Atuk, John Belushi, John Candy, and Chris Farley had all discussed, to some degree, starring in the story of silent film star Rosco “Fatty” Arbuckle. (The performer had been accused of raping and murdering model Virginia Rappe in 1921.)

But John Belushi fans, you do have one upcoming film to look forward to. The highly anticipated John Belushi biopic is set for a 2022 release. It’s slated to star Happy Endings‘ Adam Pally as Belushi, Ike Barinholtz as Dan Aykroyd, and indie darling Aubrey Plaza as Belushi’s wife Judith Belushi Pisano.