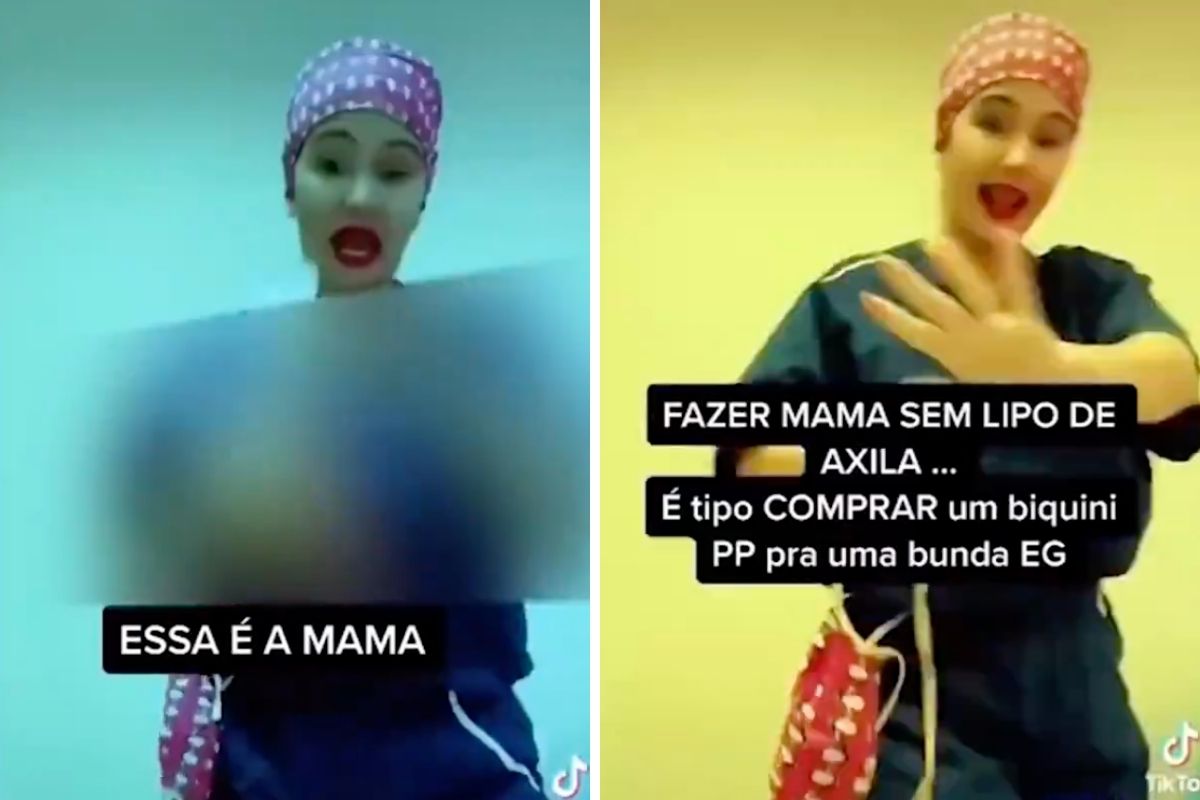 A surgeon was put on suspension by a medical board in Brazil after she went viral on the social media platform TikTok for making videos of herself flaunting and dancing with the skin and fat that she removed from her patients. Plastic surgeon Caren Trisoglio Garcia has been suspended by the Regional Medical Board of the State of San Paulo, Brazil, for the videos she shared and is currently under investigation. If found guilty of misconduct, she may have her license revoked.

Her suspension was announced on the website that belongs to the board, called CREMESP, and Garcia will not be able to see or attend to any patients during the investigation. Based in the Brazilian municipality of Ribeirao Preto, she enters each video dancing, holding human fat in a plastic bag. She captioned one video saying, “This is the breast,” and had identified another bag with human fat saying, “This is underarm fat.” She also has referred to the bags of skin and fat that she’s held up in videos as “Today’s trophy.”

Garcia was already suspended for six months from the Brazilian Society of Plastic Surgeon (SBCP) by the time the board found her videos antithetical. The SBCP found Garcia guilty of breaking five of its internal regulations, which do include sharing images of body parts even with the patient’s authorization.

SBCP president Estefano Luiz Favaretto told local news channel EPTV that he encouraged CREMESP to “take action” because doctors were outraged seeing Garcia’s videos. Garcia’s TikTok has 640k followers and around 11 million likes. She also posts videos of her posing and working out.

I’m not sure what this lady was thinking, but it’s insane to see what people will do for some internet fame. Social media has become such a normal part of society as an easy way to make a name for yourself, and the obsession can drive people not to think about the consequences it could have on the rest of their lives. I would hate to lose a license I put in a ton of effort and work towards, just because I wanted to be known somewhere like TikTok.