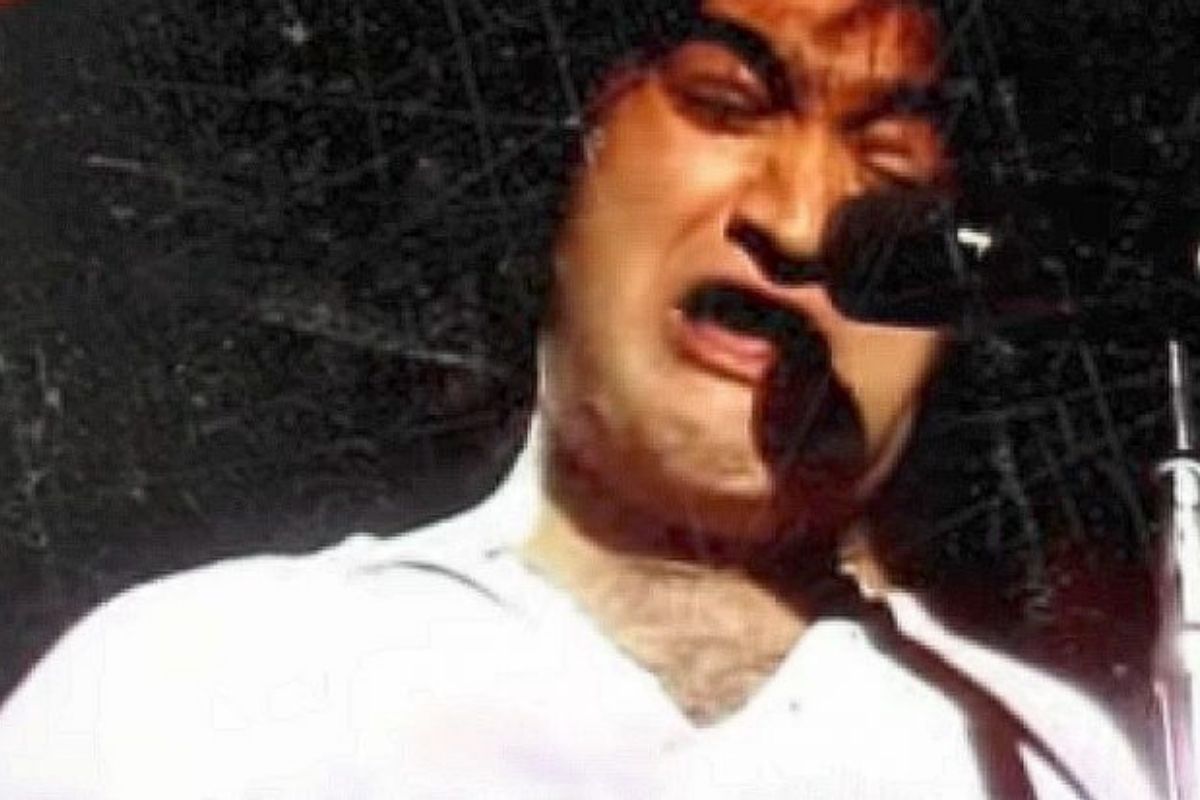 When John Belushi takes the stage as Joe Cocker, if you close your eyes, you’d never know the man on the mic is not the iconic Woodstock musician. But it’s best to keep your eyes open, of course, to watch the hilariously spasmodic body that accompanies Belushi’s pitch-perfect sound. In fact, Belushi’s impression was so beloved that he was even asked to perform at Paul McCartney’s birthday party! And eventually Joe Cocker — the classic rock legend himself — joined Belushi onstage for a continuation of the Saturday Night Live bit.

The format of Lorne Michaels‘ SNL has not changed much over the years. Every episode still features a cold open skit, a Weekend Update segment, and a musical guest. But for the third episode of the first season, no musician had been booked. Host Rob Reiner, however, had worked with Belushi on the National Lampoon‘s Lemmings stage troupe and knew of the comedian’s uncanny ability to channel Joe Cocker. It was Reiner who asked that Belushi perform as the bluesy rocker live from New York on that fateful night. And man, did Belushi deliver.

Appearing onstage in a torn up tie-dye t-shirt and blue jeans — a low-key imitation of Cocker’s wild Woodstock outfit — Belushi’s instantly pained expression and flapping arms are enough to make you laugh… until the voice that erupts from within him sounds, so distinctly, like Joe Cocker. Years before the Blues Brothers’ debut album, fans were unaware of Belushi’s vocal range which accompanied both an understanding and appreciation of bluesy tics. Singing Cocker’s “With a Little Help From My Friends” — a song so thickly layered with back-up harmonies and unbridled emotion, Belushi could fully inhabit Cocker’s strange stage presence. Eventually Belushi was rolling around on the 30 Rock floor, writhing, and pouring beer into his own foaming mouth which he then spit back out, erupting like a fountain.

Of course, Cocker’s “With a Little Help From My Friends” is also a cover of the Beatles’ track off Sgt. Pepper’s Lonely Hearts Club Band. So through his unhinged 1975 performance, Belushi pushed further the song’s memorable, elastic legacy. The set was always going to be an anomaly as Cocker himself exhibited such an inexplicable on-stage persona, full of head jerks and spastic upper body movements. (Cocker has said this physical routine was his way of “trying to get feeling out.”) Such a signature presence would be easy to make fun of but Belushi does one better by truly absorbing it and mimicking without judgment. It’s poetic.

Joe Cocker Was a Fan

In 1978, Joe Cocker told Rolling Stone, “I thought John was lip-syncing it, just for a few bars” when he first watched the comedian’s SNL impersonation. In 2012, two years before his death, Cocker told The Broward-Palm Beach New Times:

“I always found it quite amusing. But you have to understand I was a bit of a wreck at the time he was doing all that stuff. I didn’t watch much television, so I wasn’t aware of it until some guy said, ‘There’s this guy doing an awful impersonation of you. Sue him.’ I thought vocally, he did quite a clever job with it. It put a print on me that kind of stuck to this day. He was quite shy really whenever we did any gigs together. He was almost like a schoolboy. He’d come in the dressing room, just watch everything I was doing.”

Cocker’s appreciation of Belushi’s act led to the singer eventually joining Belushi, live, for an SNL performance of “Feelin’ Alright” in 1976. Watch the historic duet below.

Belushi, the John Belushi documentary that premiered on Showtime last fall, examines the late comedian’s life through an intimate dive into private letters, childhood photographs, and other archival material. Though the film examines Belushi’s addictions, the crazed frat boy characterization that dominates so many Belushi tributes is far from the center of this artistic narrative. Appropriately, the doc closes out with footage of Belushi’s soulful Cocker performance.