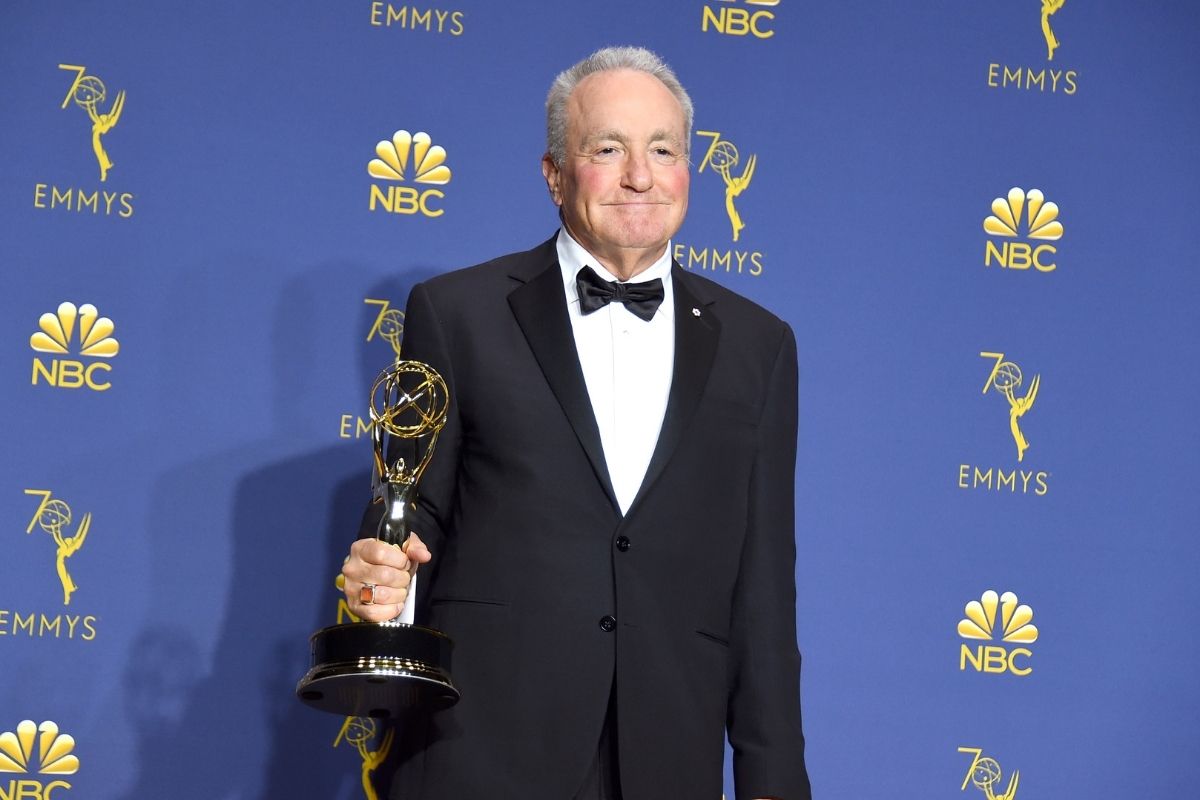 We know how much SNL cast members make. And it pales in comparison to what Lorne Michaels, the famed founder of Saturday Night Live, has racked up over the years. Lorne Michaels, born Lorne Lipowitz, was raised in Toronto, Ontario, Canada. He attended Forest Hill Collegiate Institute then the University College, Toronto before coming to a CBC radio broadcaster. During the early ’70s, Michaels made the move to New York City with the idea for a new sketch comedy show: Saturday Night Live.

He created this visionary NBC program, then called NBC’s Saturday Night, along with Dick Ebersol. SNL first premiered in 1975 with an all-star cast of zany performers: Laraine Newman, John Belushi, Jane Curtin, Gilda Radner, Dan Aykroyd, Garrett Morris, and Chevy Chase. Michaels originally served as a writer and producer for the program, but soon became the executive producer ? a formidable position which he holds to this day.

The late-night series was an instant hit. And while the original cast is fondly remembered for their crazy hijinx (both on and off-screen), Lorne Michaels determined a network formula that has succeeded through so many overlapping generations of great comedians. There was the Tina Fey years, the Eddie Murphy era, Adam Sandler’s buddy-buddy reign… the show’s individual breakout stars have also provided Michaels with financial opportunities outside of 30 Rock. He provided financing for Three Amigos, the popular Chris Farley movie Tommy Boy, Mike Myers and Dana Carvey’s Wayne’s World, and Tina Fey’s Mean Girls.

Of course, they weren’t always a smashing hit; Michaels produced the Lonely Island flop MacGruber starring Will Forte. But in general, his knack for noticing,  and personally cultivating, fresh talent defines our cultural zeitgeist. This is true in TV shows as well as film. Michaels served as producer for Fred Armisen’s beloved, quirky sketch comedy series, Portlandia, and currently produces both The Tonight Show Starring Jimmy Fallon and Late Night with Seth Meyers.

What is Lorne Michaels’ Net Worth?

Lorne Michaels has been married three times and has three children. He divorced his Rosie Shuster, his first wife who also wrote for Saturday Night Live, in 1980. The following year, he wed model Susan Forristal divorced again in 1987. Finally, Michaels married his current wife ? and former assistant ? Alice Barry in 1991. Before marrying the boss, Barry belonged to the serious harem of Michaels’s assistants called the “Lornettes.” All three of Michaels’ children are from this relationship. Outside of the office, Lorne Michaels is the most decorated TV producer in American history. He’s won 19 Primetime Emmy Awards from a staggering 91 nominations. He holds the record as the most-nominated individual in Emmy Awards history.

And in true Michaels fashion, he’s even served as a producer for the annual awards show. In 1999, Michaels earned a star on the Hollywood Walk of Fame. In 2003, he got another star on Canada’s Walk of Fame. Also in his home country, Michaels a member of the Order of Canada, the second-highest honor for merit for a Canadian. In 2004, Michaels was awarded the Mark Twain Prize for American Humor ar the Kennedy Center in Washington, D.C. During the ceremony, SNL legend Dan Aykroyd called the television producer “the primary satirical voice of the country.” It’s a meaningful compliment for a figure who rarely appears on the screen. More recently, Michaels was awarded the esteemed Personal Peabody Award. He accepted the honor in 2012.

Lorne Michaels Net Worth is….drum roll, $500 million. With the enduring popularity of SNL and Lorne Michaels’ yearly salary of $30 million, it seems this producer’s whopping net worth will continue to grow through his continued involvement in both television and film.