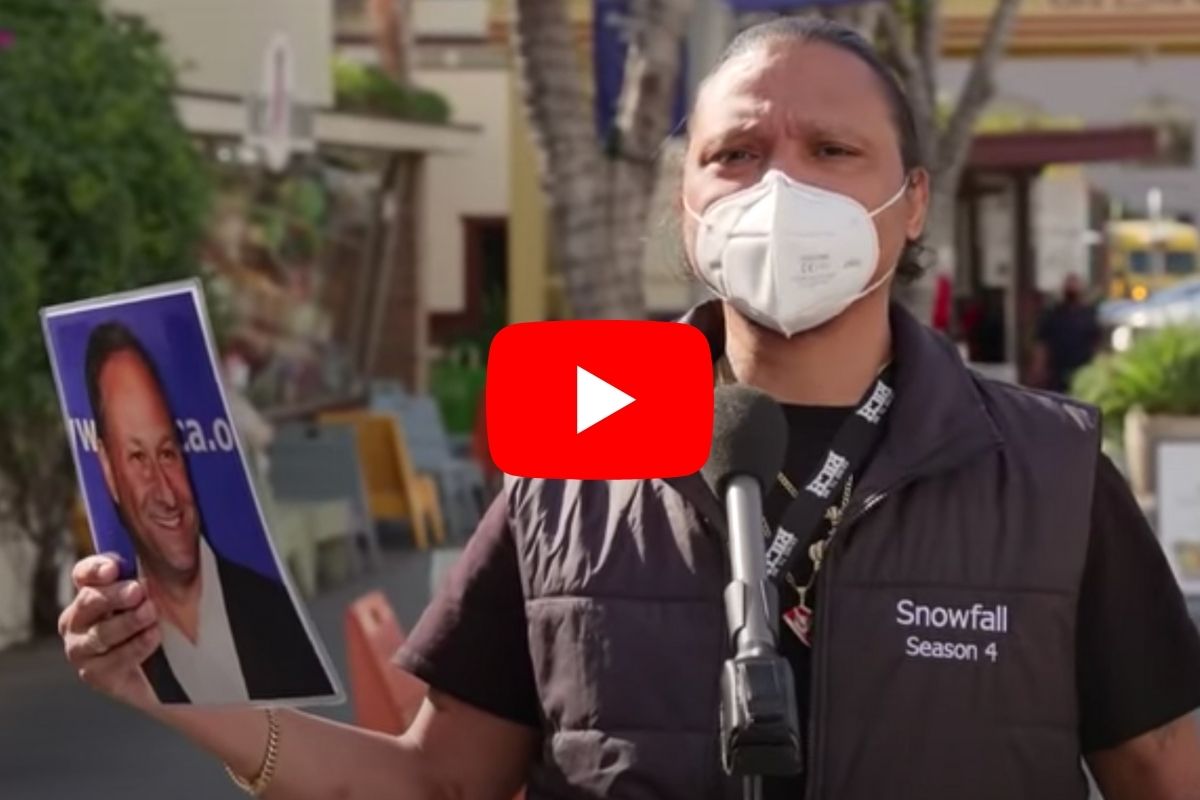 Jimmy Kimmel’s on-the-street segments are always hilarious. And as the format of ABC’s Jimmy Kimmel Live returns to semi-normal nearing the end of the Coronavirus pandemic, Jimmy’s correspondents are back — to embarrass ignorant passersby.

On last Wednesday’s episode, Los Angeles residents were asked whether they recognize a photo of one man in particular: Second Gentleman Doug Emhoff, the husband of Vice President Kamala Harris. And their answers were hilariously abysmal. Watch below.

Douglas Emhoff is the first Second Gentleman the United States has ever had. Around inauguration day back in January, his face was plastered all over the news. Republicans and Democrats alike should at least find him familiar. But all it takes is one late-night TV show to reveal that many Americans are walking around with almost no idea what’s going on in the White House. I get that he’s not as distinct as First Lady Michelle Obama, but come on. These people looked at the pic of Emhoff like they were truly seeing him for the first time. Clearly, these Angelinos are watching more Netflix than CNN… and who can really blame them?

When a photo including Kamala Harris was added to make the challenge easier, one person wondered aloud whether she was a Kardashian. A Kardashian?! Although the best moment, in my opinion, was when somebody thought Emhoff was a character from Seinfeld. Some other hilarious guesses? Hunter Biden, Harvey Weinstein (or, as the man so colorfully put it: “The guy who went to prison for all those rapes”) and even a Vince Vaughn impersonator. (That person also, obviously, has no idea what Vince Vaughn looks like.)

On NBC last Saturday, Doug Emhoff’s identity was also mined comedy. In a Saturday Night Live sketch set at Kamala Harris’ “Unity Seder,” the adoring, canoodling Emhoff was played so lovingly by Martin Short in a surprise cameo. Maya Rudolph, of course, reprised her iconic impression of the VP.

Though the ?Kamala? bit lacked the structure of a tighter political sketch, the Passover party setting proved useful for touting some of the cast?s impressive impersonations. Chloe Fineman popped up as a dead-ringer Emhoff’s daughter, hipster Bushwick darling Ella Emhoff. Poor Aidy Bryant was stuck playing Ted Cruz again while Kenan Thompson played Sen. Raphael Warnock. Alex Moffat flexed his semi-commanding Joe Biden, which I say is certainly as good as Jim Carrey?s. Finally, there was Cecily Strong as GOP rep. Marjorie Taylor Greene ? who entered the seder ?insurrection style,? climbing through the window like she was storming the Capitol. And even Biden?s bad dog Major had his moment to shine ? furiously attacking Mr. Emhoff.