Meeting someone on a dating app isn’t all that crazy these days. Life gets busy, and more and more people are turning to dating apps to connect with potential mates.

Atlanta residents Josh and Joey Bolton-Rogers met on the popular dating app Grindr. Grindr is a geosocial  app that is geared toward gay and bisexual men.  The fact that these two charming individuals met on Grindr didn’t shock us, but what happened after they met definitely did. 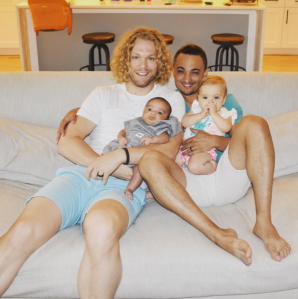 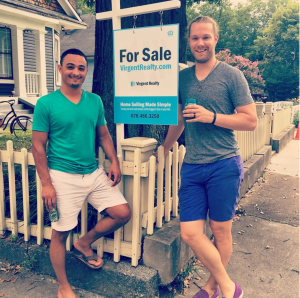 Josh explained to us that although the relationship worked out, he and Joey were initially skeptical about sharing how they actually met with their friends and family:

“Well, for the longest time, we were telling people that we met in the produce section of Whole Foods, but we actually met on an app that rhymes with binder.”

After connecting on the app, the two men decided to take their love connection out from behind the comfort of their cell phones. Joey wasn’t sure if this first date was going to turn into anything serious, but he was willing to give it a shot:

“Josh invited me over for a day date to watch a movie and to get to know each other. When I showed up, I thought he was so incredibly hot. I still remember the Lululemon shorts he was wearing.”

The couple never had time to even start the movie. They talked for four hours straight about their pasts and what they wanted for the future. They shared their past heartbreaks and desires to settle down with “the one” and start a family. The love connection was there, and it hit this couple full force.

After three days, Joey and Josh expressed their love for one another. After five days, they exchanged house keys. After five months, they were engaged. And 13 months after they met, they were happily married.

Happily ever after is the end, right? No way — this story is just heating up! Per Josh:

This couple had no idea that the reaction to their home would be so incredibly strong to perspective buyers. From the renovations to the decorations, this couple found out they had a very unique skill: flipping houses. While embracing their newfound talent, Josh explained that they received a very important call:

“I got a call from a number that wasn’t saved in my phone. Naturally, I thought it was someone who was interested in our house on the market. Well, I was very wrong. It was the adoption agency. They called to let us know that the birth mother has chosen us. Shortly after, our daughter, Myles, was born.”

Their sweet daughter was born five weeks early, which happened to fall right smack dab in the middle of one of their home renovations.

No floors, no kitchen, no problem. This couple made it work. Joey humorously took us through this chaotic time in their life together:

“When we brought her home, we were overjoyed but overwhelmed. We had one room that was basically complete, so we put [Myles] in that room. The only reason we went in that room was to see the baby, and that’s also where we stored all our wine. We would go in there and just drink from the bottle. It was such a crazy time!”

If you think that’s crazy, hold onto your seats — this love story gets even better. Shortly after the birth of their daughter, Joey and Josh received a phone call from another adoption agency. Their family was going to gain another member. 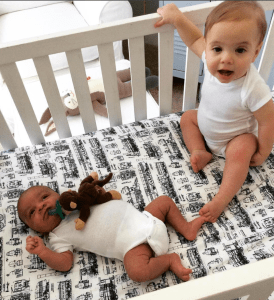 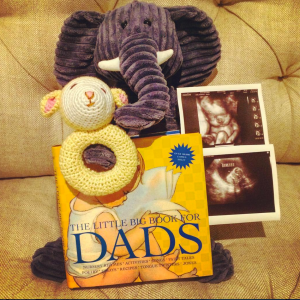 “We went with a different agency the second time. We had no idea they we would get placed so quickly. They said that gay couples get placed quickly, but we didn’t think it would be THAT quick. We got the phone call saying that the birth mother chose us to be the fathers of her son. We were getting a boy, Micah!”

With two children under 10 months old and three dogs, this little family moved into their fifth home. Joey stays at home with the babies; he explained that although their children are his biggest joy, not all moments are joyful:

“They are perfect to me, but not all moments are perfect. Sometimes, both babies start crying, and I have no idea why. I can’t get them to stop, then I start crying. It can get really overwhelming, but then our daughter will look up at us and say “dada,” and it’s just the best thing I’ve ever heard.”

They have two precious children, three dogs, four flipped homes, and a love that will last them a lifetime. Things may have moved fast in the beginning, but it’s clear that the stars aligned the day that Josh and Joey connected on Grindr. 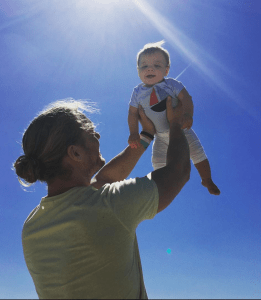 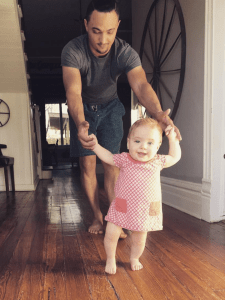 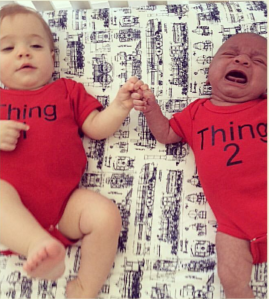