Lewinale and Oliver Havette caught one another’s eye while they were swiping left and right on the popular dating app Tinder. These two had used the app in the past with no luck, but when they were matched with one another, something was different.

Oliver is from France; he migrated to the United States 10 years prior. Lewinale is from Liberia and came to the States with her family when she was 10 years old. Not calling the United States their home county was something they could immediately bond over.

Oliver explained how Lewinale immediately stuck out in the sea of online pictures.

“She was so beautiful. She immediately stood out. She looked different, different than the other girls on the app. There was something about her that just made me want to know more. We talked for about a week on the app before we decided to meet in person. When we finally met, it was like something from a movie. It was raining outside, and when we got to the restaurant, there was a man with an umbrella that escorted us inside. The date was lovely from the beginning to the end. She was beautiful, smart, talented and also spoke French. She was perfect to me.” 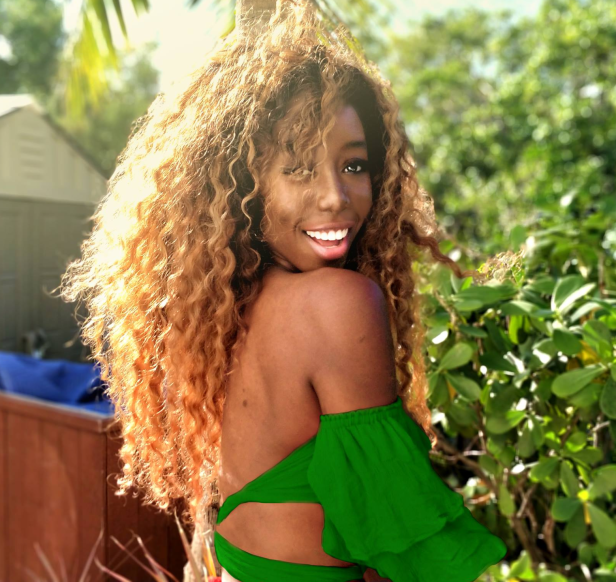 The connection was clear from their first interaction. As the couple’s relationship grew deeper, the stories of their past began to unfold. Each individual had to overcome extreme obstacles to find success.

Lewinale explained how her life has been an uphill battle since birth.

“I was literally born in the middle of the civil war in Liberia. My parents were missionaries, so ever since infancy, I was traveling from country to country. It was scary to remember, and to hear my parents recall certain events makes the whole thing so real. Although the circumstances were not ideal, there is always good that comes from bad. Because we had to travel so much, I learned to appreciate and respect many different kinds of cultures. I fell in love with humanity over and over again. I had such a positive experience seeing the blending of different cultures, so when we eventually came to America, I had a very different outlook than many. The beauty of cultures coming together inspires my art. I share these pieces hoping that they can open the eyes of others.” 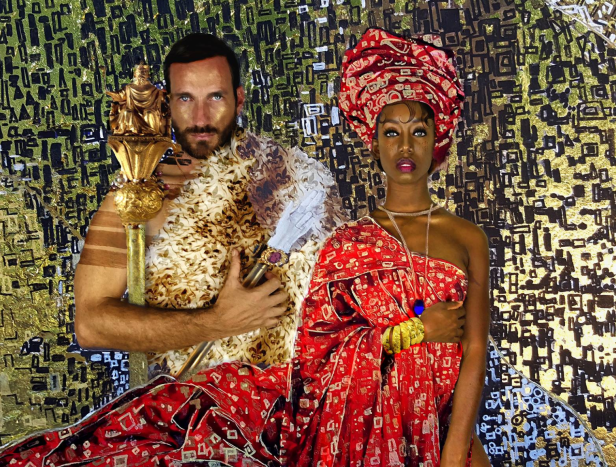 Oliver also had a past that helped motivate his future. He left France for the United States in hope of creating his own American dream.

“When I came to the States from France, my first job was working in a supermarket. I eventually started my own bushiness, which is incredible to think about. In America, you can be as successful as you want. If you work hard, you will be successful. It’s incredible, and we are so thankful that we have had so many doors open for us after coming to the U.S.”

The couple bonded over their pasts, but that didn’t mean it was smooth sailing from the get-go. The early stages of their relationship was consumed with petty arguments and miscommunication.

To resolve this, Oliver did what he knew best: he suggested that they apply business principales to their relationship, hoping to open lines of communication and avoid any unnecessary arguments. Lewinale was skeptical, but agreed to try this unconventional approach.

“As silly as it sounds, we actually sit down and have business meetings in regard to our relationship. When you take away all the emotion and clearly state what you need from your partner, it immediately improves communication. We will number what we need in order of importance and express the list to one another. It truly has been an incredible exercise for our relationship. I’m glad I was open to it; I think every couple should try it.” 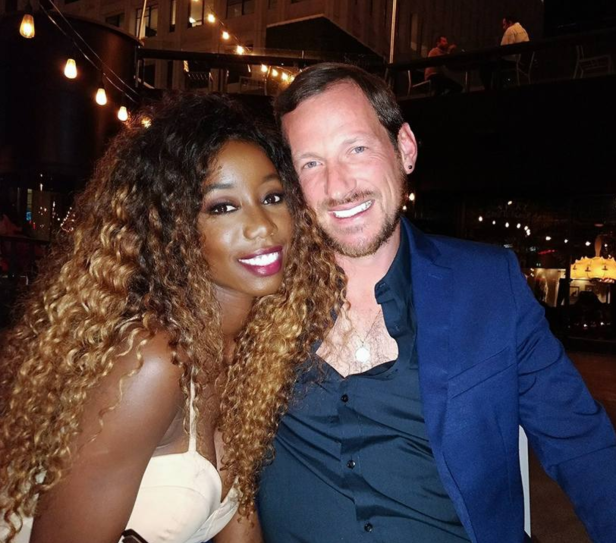 Their communication improved and their love grew deeper, but Oliver was hesitant about falling in love again. His first marriage ended in divorce. He was broken inside and didn’t want to get married again — or so he thought.

“My divorce was so terrible. I felt so broken inside. I didn’t think I ever wanted to risk getting my heart broken again — that was, until I met Lewinale. She opened my heart and my eyes to love. She made me believe that love truly can be forever. She changed me. She changed my heart.” 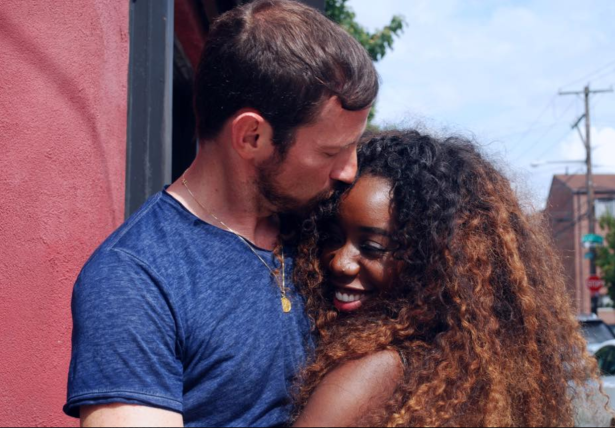 The couple was married at city hall with Lewinale’s immediate family witnessing. The wedding ceremony was small but more powerful that words can express.

“When we got married at city hall, they were marrying people in groups of four. The other couple getting married with us were two lesbians. There was so much diversity within our group. It was beautiful. It was everything that I stand for and believe in. I got to marry the man of my dreams, surrounded by such progression. What else could I ask for? It was perfect.”