He risks his life every day, hoping he’ll make it home alive to see her again 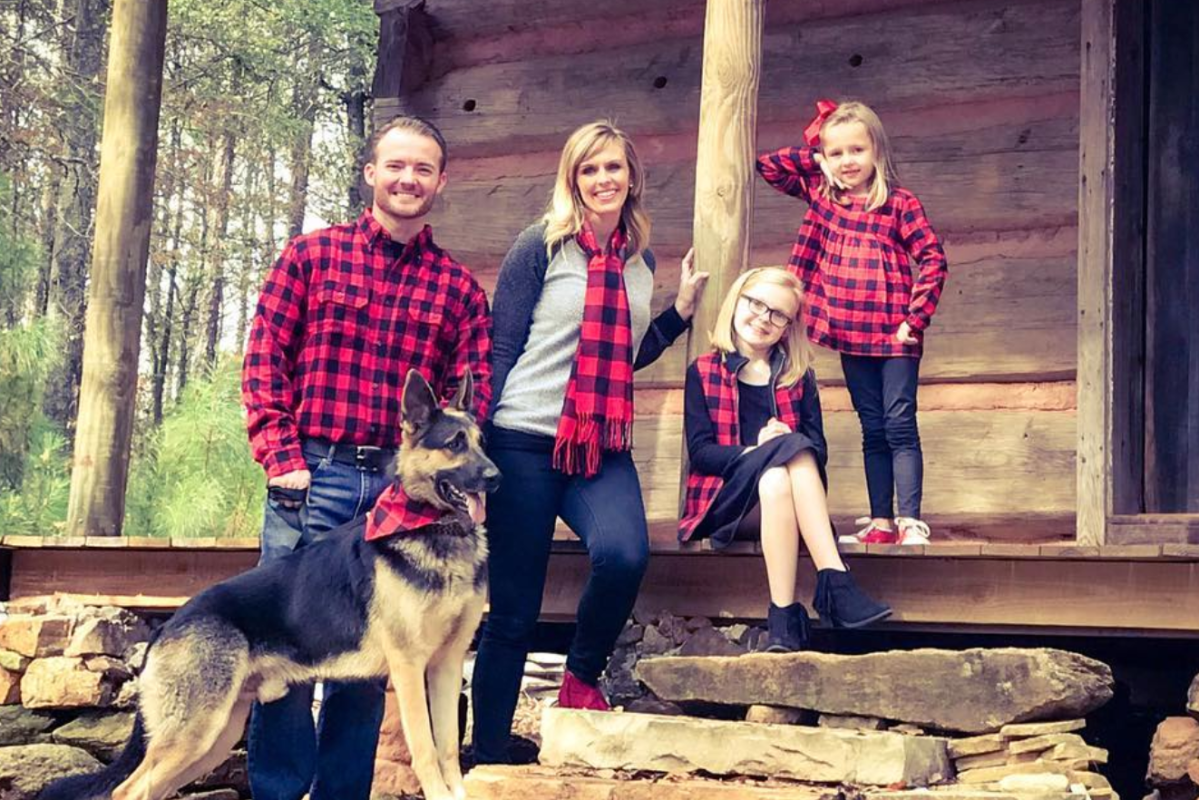 When Kerry and Amanda met, they were only 14 years old. Amanda says they met at a church camp, while Kerry insists they simply met at church, but they both agree that God brought them together.

These two officially started dating when they were 16 years old and married three short years later. Kerry explained to us the challenges you face when you choose to get married at such a young age.

“I look back on it, and I cannot believe our parents let us get married. We never received a warning or any kind of negative feedback. I have a now-10 year old, and I just couldn’t imagine her getting married and moving away in nine short years. That’s crazy! We got married young and we never regret it, ever, but it definitely came with its challenges. We got engaged at 19, and we were married six months later. Neither of us had stable employment, and we didn’t move out of our parents’ homes until after the honeymoon. We were hit with adulthood very quickly.”

Three years after getting married, Amanda found out she was pregnant. The couple was excited, but also terrified. At this point, they were 22 years old and still navigating adulthood. And they were hit with another reality when they got the news that the church where they worked didn’t have the funding to keep them on staff.

Kerry knew he needed to truly start a career that would support his small family.

“The church kept me on staff as long as they could, but eventually, they just had to let me go. The economy was so bad; everyone was just trying to get by. I knew a retired Cobb County [Georgia] officer, and I had such a respect for him. I also had a good amount of friends and family that had joined the police force. I knew I wanted to do something that could truly help people. I had been working with children at the church, and I wanted to continue doing that in some aspect. I really just wanted to make a difference. I wanted to better people’s lives.”

Right after Amanda gave birth to their first daughter, Kerry enrolled in the police academy. Consistent night shifts began shortly after. Amanda was a first-time mother and often felt like she was doing it all alone. She explained how she felt when she looked back on those early days.

“It wasn’t ideal. It was actually far from ideal. I had just had a baby and many times I felt like I was doing it on my own. I knew Kerry was doing what he had to do, but it was hard. Those years were tough, but we powered through them and we learned how to work together, rather than pulling apart. My family is the most important things to me, and knowing that our foundation is built on our faith, I knew we could make it though anything that came our way.”

Kerry and Amanda learned how to adjust to their new schedule and were determined to not let it pull them apart. They did this for years, and although it never got easier, it did get more manageable.

RELATED: 5 quotes that perfectly express your feelings for the love of your life

Crime and chaos don’t have a normal schedule. Kerry often has to miss holiday events, family outings and his daughter’s dance recitals, but that’s the sacrifice he has to make while in this line of work.

“It’s hard to miss family time, but I knew that would happen when I got into this line of work. There have been so many times that I have had to call Amanda and tell her that because of a case, I may not be home for days. I have slept in my office countless times. When I do make it to family events, may times I will sleep though them, but my girls know I’m there. As long as they know that Daddy cares and that Daddy is there, that’s all that matters.”

Kerry and Amanda’s world truly does revolve around their faith and their love for their daughters. Having a father in police work isn’t always easy for the girls, but their parents do their best to protect them without shielding them from the truth. Kerry explained their recent trip to Washington, D.C.

“While we were on our family vacation in Washington, D.C., we came across a memorial wall for fallen officers. While we were showing our respects, I came across a name that I knew. I was overwhelmed with emotion, and I started crying. The girls wanted to know why I was upset, so I respectfully told them why. I don’t want to hide anything from them, I want them to be proud of what I do, but know that what I do isn’t always safe. They see the news, they hear stuff at school. We can’t protect them from everything, but we can inform them.”

Having a family member in the police force is far from easy; tomorrow isn’t promised. Kerry and Amanda have had moments of fear, anger and loneliness, but they refuse to let that take away from the last 13 beautiful years. They cherish their family time and focus on the laughter, silliness and love that embraces their home.

Kerry know that their lives may not look normal, but he wouldn’t change a thing.

“When Amanda and I got married, that was it. She became my best friend and my number one fan. We made a promise that no matter what, we would love and support each other. Marriage is hard, communication isn’t always easy, and life can get stressful, but Amanda makes it better. When I come home to her and my girls, it’s the best feeling in the world. They are why I do what I do. God keeps us grounded, and Amanda keeps me sane. Our life is a little crazy, but it’s perfect to me.”