When Karina accepted a serving position at a local restaurant she never expected that, on her first day serving, she would jump start her personal love story.  The manager of the restaurant, Bob, noticed Karina’s work effort and dedication to their customers, very early on. Karina’s actions, words, ability to listen, and compassion was seen in each interaction with everyone that came her way. She was definitely on Bob’s radar, but in strictly professional way.

When I hired Karina, all my coworkers joked that it was because she was so hot. She was obviously beautiful, but I hired her because she had the potential to be a wonderful addition to the team. The fact that she was beautiful, was just an added plus.

Karina continued to prove herself in the restaurant, and while doing so she truly go to know who Bob was as a person, in and outside of work. Their friendship continued to grow, and their almost instant connection was obvious to their fellow co workers.

The girls that I worked with knew that Bob and I had a great connection, but they kept telling me that he was blind. I didn’t really understand what they meant. I was kind of caught off guard, I had met a blind person before, and Bob definitely didn’t seem blind. The closer we got, the more I realized what they were talking about. Bob wasn’t completely blind, but he definitely had a visual disability. 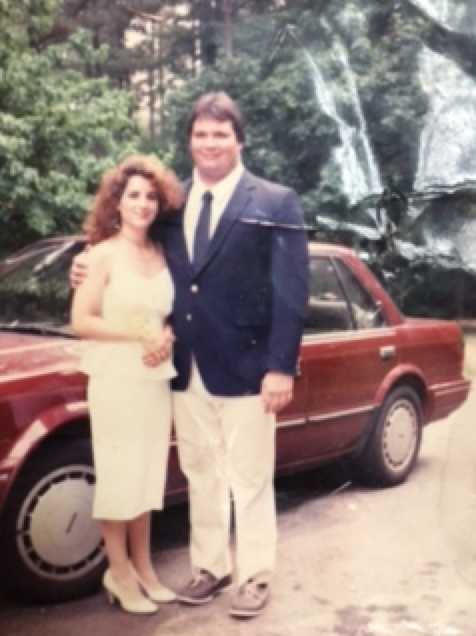 Bob has been blind since he was born, but from an early age, he made the choice to conquer his disability. He knew that he needed to make himself a valuable asset to others, if he wanted to prosper in the work place, as well as within relationships. Because of Bob’s visual disability he has truly master the art of communication, as well as organization. Bob may not be the ideal person to pour your coffee, or check you out at the cash register, but the skills he has developed over the years have made him a wonderful candidate for any management position.

As Karina and Bob’s relationship grew stronger, she knew that Bob was something special. She was ready to take their relationship out of the friend zone, so she quit her serving job to really pursue their relationship. She loved spending time with Bob, and their conversations lasted countless hours. It wasn’t until one of their early dates, that Karina truly realizied the extent of Bob’s visual disability.

Bob and I went out to dinner, and he ordered a salad. His salad had avocados on it, and I asked him if I could have them. He then handed me all his tomatoes. I was kinda confused, and didn’t exactly know what to say. I then realized that he didn’t even know he hadn’t given me the correct vegetable. I hesitantly told him he had give me tomatoes, not wanting to embarrass him. He laughed it off, then gave me the avocados. He has always been so great at making everyone comfortable with his disability. You never feel uncomfortable when you’re around Bob.

The couple dated for only three short months, when Bob popped the question in a very untraditional way. He gave Karina options in regard to what birthday gift she wanted to take home.

“It was my birthday and Bob gave me options in regard to his gift,” Karina said. “He has always been really great about giving me option, since he doesn’t always get options in his own life. He presented me with a gold necklace, and a diamond engagement ring. He told me I could have whichever one I wanted. I felt like three months was a little soon, so I chose the necklace. He kept the ring, and a few months later, on his birthday, I told him that I wanted to marry him. A year later I thought it would be really special to get married on my birthday. I look at my birthday as such a special day, and I really wanted to give that to my husband.” 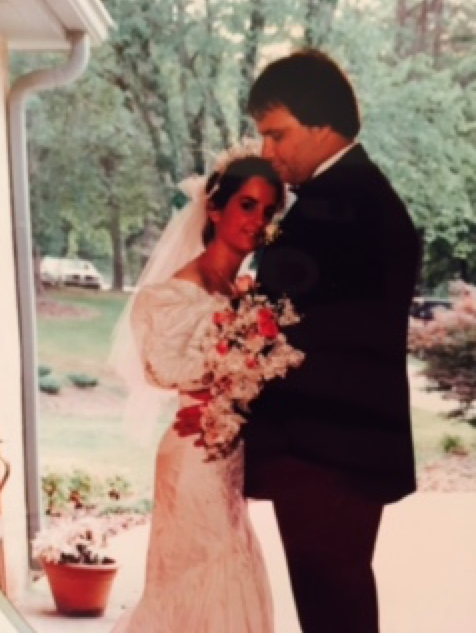 This loving couple has been married for 26 beautiful years. It hasn’t always been easy, but the couple has continued to grow within their relationship as each year passes.

“Marrying Karina and starting our family, was the best decision I have ever made,” Bob said. “It hasn’t always been easy, but our communication has always been open. When you’re blind, and you find someone who is willing to take on that burden with you, you have to insure that there is going to be give and take. There are a lot of things that I rely on Karina for, but I want her to rely on me as well. The past 26 years have been so incredibly wonderful and it’s because I married my best friend.”

Karina and Bob have recently launched their non-profit organization, Get2Work. Get2Work, works with blind entrepreneurs and franchise companies to establish franchises for the visually disabled.  Get2Work is uniquely using private sector, not government, solutions to help the blind overcome 74 percent unemployment. Additionally, each new franchise owner participates in a give-back program that helps support the next blind entrepreneur. You can also check out their Kickstarter and help support their projects. 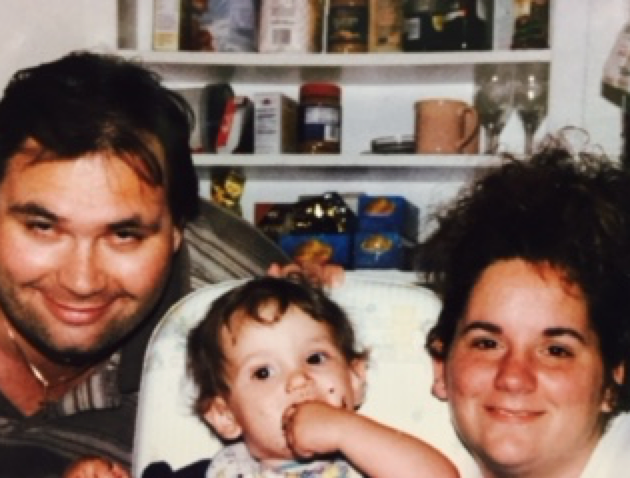