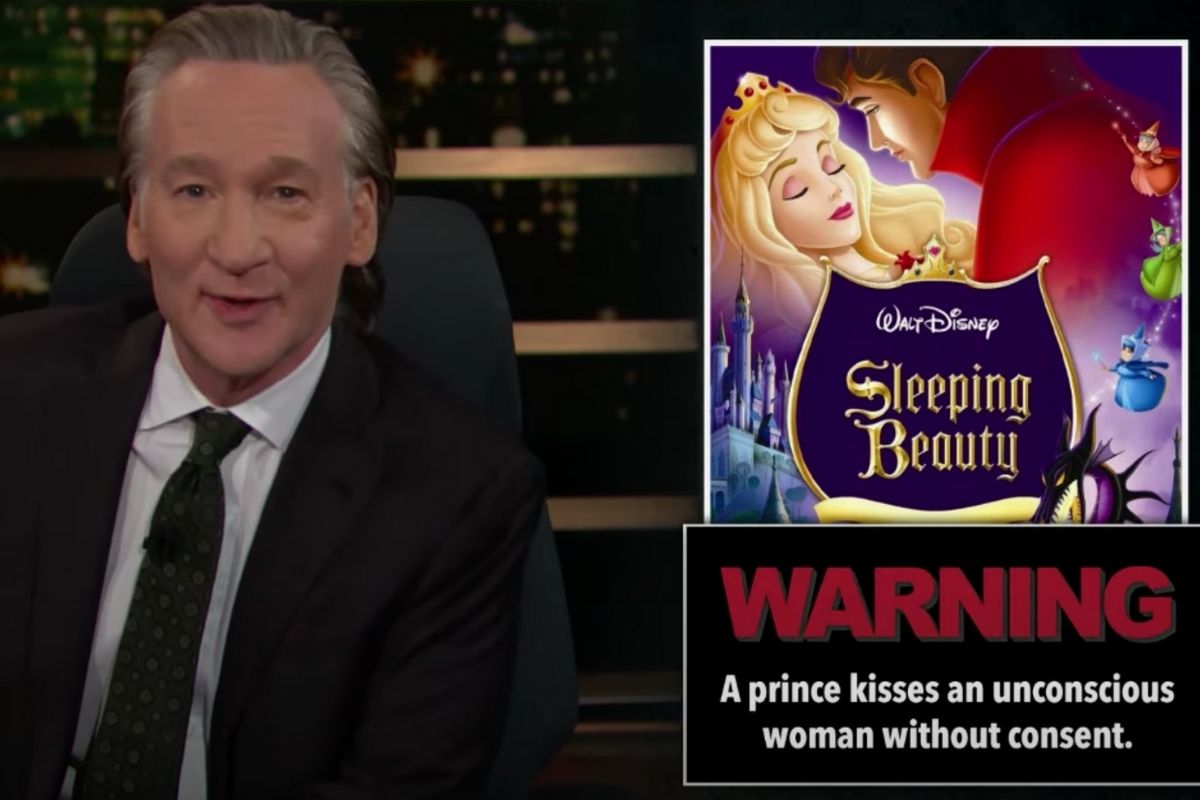 Bill Maher made a career out of being “politically incorrect” long before words like “woke” or “cancel culture” made it into the mainstream vocabulary. So of course it’s no surprise that now, in 2021, he has more material than ever to roast — from Democrats and Republicans alike. This week, on his late-night HBO show Real Time with Bill Maher, the target was Turner Classic Movies’ decision to “reframe” 18 classic films now deemed “troubling and problematic.” In response, Maher had a few of his own so-called “woke movie warnings” to share.

A New Approach to Old Movies on TCM

This month on the Turner Classic Movie channel, Reframed: Classic Films in the Rearview Mirror premiered. This new weekly series will screen 18 classics with TCM hosts appearing to discuss what’s each films’ “troubling and problematic” aspects: racism, sexism, and LGBTQ portrayals, and more. Of their project, the network announced: ?The goal is never to censor, but simply provide rich historical context to each classic.?

The full list of films included in Reframed: Classic Films in the Rearview Mirror are Gone With the Wind, Seven Brides for Seven Brothers, Rope, The Four Feathers, Woman of the Year, Guess Who?s Coming to Dinner, Gunga Din, Sinbad, the Sailor, The Jazz Singer, The Searchers, Breakfast at Tiffany?s, Swing Time, Stagecoach, Tarzan, the Ape Man, My Fair Lady, The Children?s Hour, Psycho, and Dragon Seed.

TCM host Ben Mankiewicz (the grandson of Citizen Kane screenwriter Herman J. Mankiewicz) told The Hollywood Reporter: ?Our job is not to get up and say, ?Here?s a movie that you should feel guilty about for liking.’ But to pretend that the racism in it is not painful and acute? No. I do not want to shy away from that. This was inevitable. And welcomed. And overdue.?

Obviously, Bill Maher was going to have something snarky to say about the decision by TCM. So in addition to poking fun at some of the movie choices — “My Fair Lady is too rough for them?! It was too corny for me when I was ten” — Bill offered a few of his own ideas for films that could use reframing.

Sleeping Beauty: A prince kisses an unconscious woman without consent.

The Wizard of Oz: A powerful woman of color is murdered by a rural white girl.

Psycho: Inaccurately portrays the lives of the vast majority of transgender motel owners.

The Graduate: Depicts a problematic age discrepancy that you can’t blame on the man.

The Greatest Story Ever Told: Portrays in a positive light a power imbalance between Mary, a Palestinian teenager, and God, a more powerful man.

New Rules: Equality of Outcomes at the Grammys

And on the final segment of last week’s show, Bill Maher railed against Rolling Stone‘s call for “an equality of outcomes” at the recent Grammy Awards.